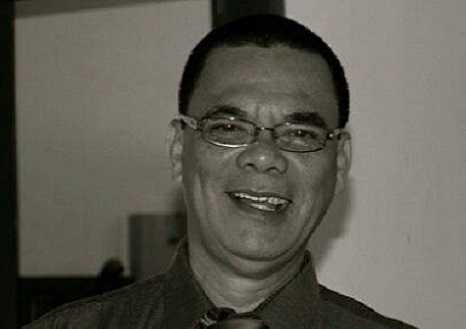 Philippine rights group Karapatan on Monday accused the military of killing a prominent activist and brother of a Catholic archbishop at the weekend.

At least two gunmen shot and killed Romeo Capalla, 65, in the central Philippine town of Oton in Iloilo province on Saturday.

Capalla was a former political detainee and the younger brother of Archbishop Emeritus Antonio Capalla of Davao, Karapatan said.

He was also a member of the Association of Ex-Detainees against Detention and Arrest.

"There are killings once a week, on average," said Palabay.

Karapatan says it has so far documented 169 victims of alleged extrajudicial killing since July 2010 when President Benigno Aquino came to power.

Palabay said Capalla had been charged with arson by the military and was arrested in 2005. His co-accused, Fernando Baldomero, she said, was assassinated just after Aquino took office.

Palabay said even after the charges against Capalla were dismissed, soldiers allegedly continued to harass him, branding him as a commander of the communist New People’s Army rebel group.

Major Ray Tiongson, spokesman for the army's 3rd Infantry Division, said any attempt to tag the military with Capalla’s killing was "preposterous".

"[The military] is very much open for investigation if Karapatan believes that its personnel are behind the killing of Capalla," Tiongson said in a statement on Monday.

"We have a task force focusing on [extrajudicial killings] headed by [Justice] Secretary Leila de Lima," he said.
"This is not state policy. We go through each and every extralegal killing and we try to investigate," Lacierda told a press briefing today.