New academic year not likely to start until at least August instead of June, govt says 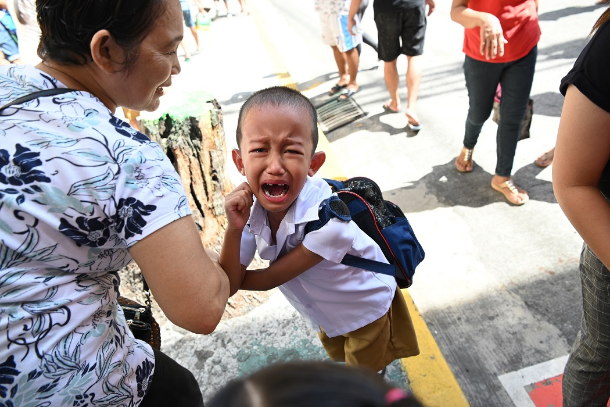 A boy cries on his first day at school in Manila in June 2019. The start of the new school year in the Philippines has been put back because of the Covid-19 pandemic, the country’s Education Department says. (Photo: Ted Aljibe/AFP)

Elementary and high school classes were due to begin in June but will be put back to August or September, the department said on May 1.

Education Secretary Leonor Briones said the deferral followed a meeting between department officials, health experts and other sectors to discuss adjusting the academic calendar to prepare for a “new normal” in Philippine education.

“We have been consulting our own people and people from other departments, and they agree that it would be safer to move the start of classes nationwide to August or even September, if necessary. We want maximum protection for our students, teachers and staff,” Briones told reporters.

Colleges and universes have also announced a similar measure by restarting lectures in September.

The Commission on Higher Education, meanwhile, confirmed it had suspended remote learning due the fact many students could not access online classes.

The commission said it acted after receiving complaints from many students who said they did not have laptops or computers at home.

Other complaints cited an inability to pay internet fees due to economic hardship brought about by strict lockdown measures.

Meanwhile, the Catholic Bishops’ Conference of the Philippines issued a statement on April 30 calling for the release of “vulnerable’ prisoners” at risk of exposure to the virus in the country's overcrowded prisoners

“We join the call … for the expeditious release of vulnerable inmates who are ill and old as well as youths in conflict with the law and low-risk offenders. We all know the general condition of our country’s detention facilities, hence the probability they will become infected and in turn infect other detainees, as well as those guarding them, is very high,” the statement said. 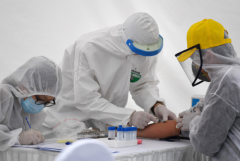 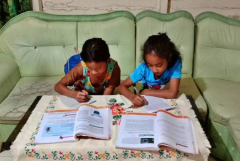 As of April 30, the Philippines had recorded 8,488 Covid-19 cases with 568 deaths, according to government figures.