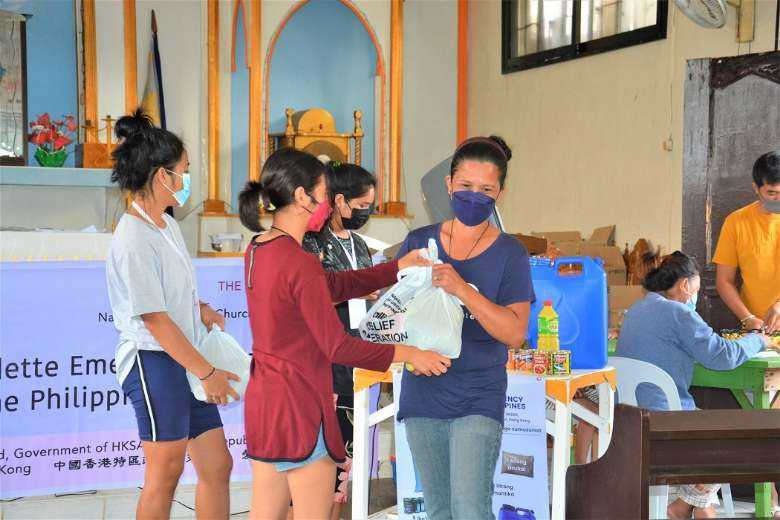 Catholics and Protestants have held an ecumenical prayer service in Manila to mark the 22nd Week of Prayer for Christian Unity from Jan. 16-22.

It was attended by Manila's archbishop, Cardinal Jose Advincula, and members of the National Council of Churches in the Philippines (NCCP) at Manila Cathedral on Jan. 19.

The NCCP is an ecumenical fellowship of non-Roman Catholic denominations in the Philippines working for unity in faith and order.

It also works with the Catholic Bishops’ Conference of the Philippines (CBCP) to respond to social issues, particularly justice and peace and the promotion of human dignity and human rights.

The CBCP and the NCCP have described life in the Philippines at present as very difficult.

“Christ’s light guides our journey. These are days of struggle, hardships and despair. With Typhoon Rai and Omicron straining the capacities of local communities and families, Christians must unite in solidarity with the most vulnerable among us,” said a joint statement read out by Bishop Reuel Norman O. Marigza of the NCCP and Archbishop Angelito R. Lampon of Cotabato from the CBCP.

As a nation, we are also challenged to rise against widespread killings and call for accountability

They branded President Rodrigo Duterte’s drug war as one of the social ills that plagued the poor.

“As a nation, we are also challenged to rise against widespread killings and call for accountability,” the statement said.

The very dignity of life has been violated as many have been extrajudicially killed, it added.

They also criticized the proliferation of fake news spread by fake social media accounts financed by rich and powerful politicians.

“Falsehoods and evil peddled through strong-arm governance have not only limited democratic space but they have led to corruption, scandals and serious shortcomings in social, health, education and other government services,” they said.

“Such realities must strengthen our resolve and unite our common concern for the people of this land … We are on a journey towards a better way. The better way is to completely change our old ways and bad habits.”

The Christian denominations also said the elections were an opportunity to address the social ills of Philippine society.

“With elections only months away, we must all take courage to work together, honoring life and God’s creation … we can encourage active citizenship among our people and insist upon servant leadership from those who desire our votes in the May 2022 national polls,” they added.