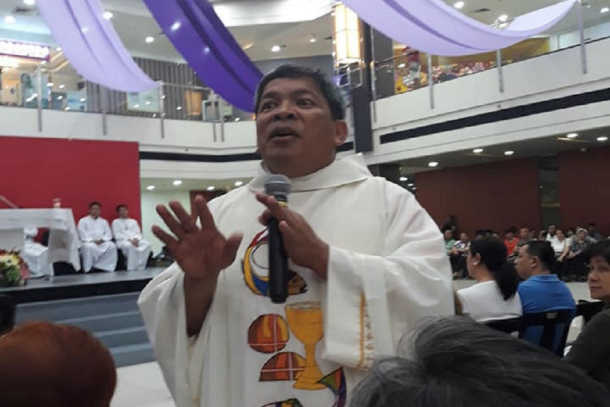 A Catholic priest in the Philippines who became popular for his "healing ministry" died of a heart attack while playing tennis in Manila on Feb. 4.

Father Fernando Suarez, known among Filipinos as a “healing priest,” collapsed while playing a match at a posh country club. The priest, a Filipino member of the Canada-based Companions of the Cross, was declared dead about 4pm. He would have turned 53 years old on Feb. 7.The priest's spokeswoman, Deedee Siytangco, said Father Suarez was playing in a tournament he himself organized for priests. He beat two priests earlier in the day in a pair of single-set matches. "[But in the] third game, he just collapsed," said Siytangco.Father Suarez was recently in the news after he was cleared by the Vatican of accusations of sexually abusing minors.The Vatican's Congregation for the Doctrine of the Faith declared the priest "not guilty of the accusations made against him" last month.Several dioceses in the Philippines had earlier barred the priest from celebrating Masses until he was cleared of the allegations.Born in 1967 in the village of Butong in Taal town, Batangas province, the future priest went to Manila and graduated with a chemical engineering degree from Adamson University.After college, he entered the Franciscan Order but left more than a year later. He joined the Society of the Divine Word but was asked to leave after six months.Suarez was in his late 20s when he met a French-Canadian student who invited him to Canada, where he tried to join Winnipeg Diocese to study as a diocesan priest. He eventually left.He then joined the Companions of the Cross, a Canadian congregation founded in the 1980s, and has stayed with them since. He was ordained in 2002.Father Suarez’s gift of healing first became known abroad and only later in the Philippines. He later established the Mary Mother of the Poor Healing Ministry, a foundation to help the poor.