Philippines general claims to be 'winning peace' against rebels 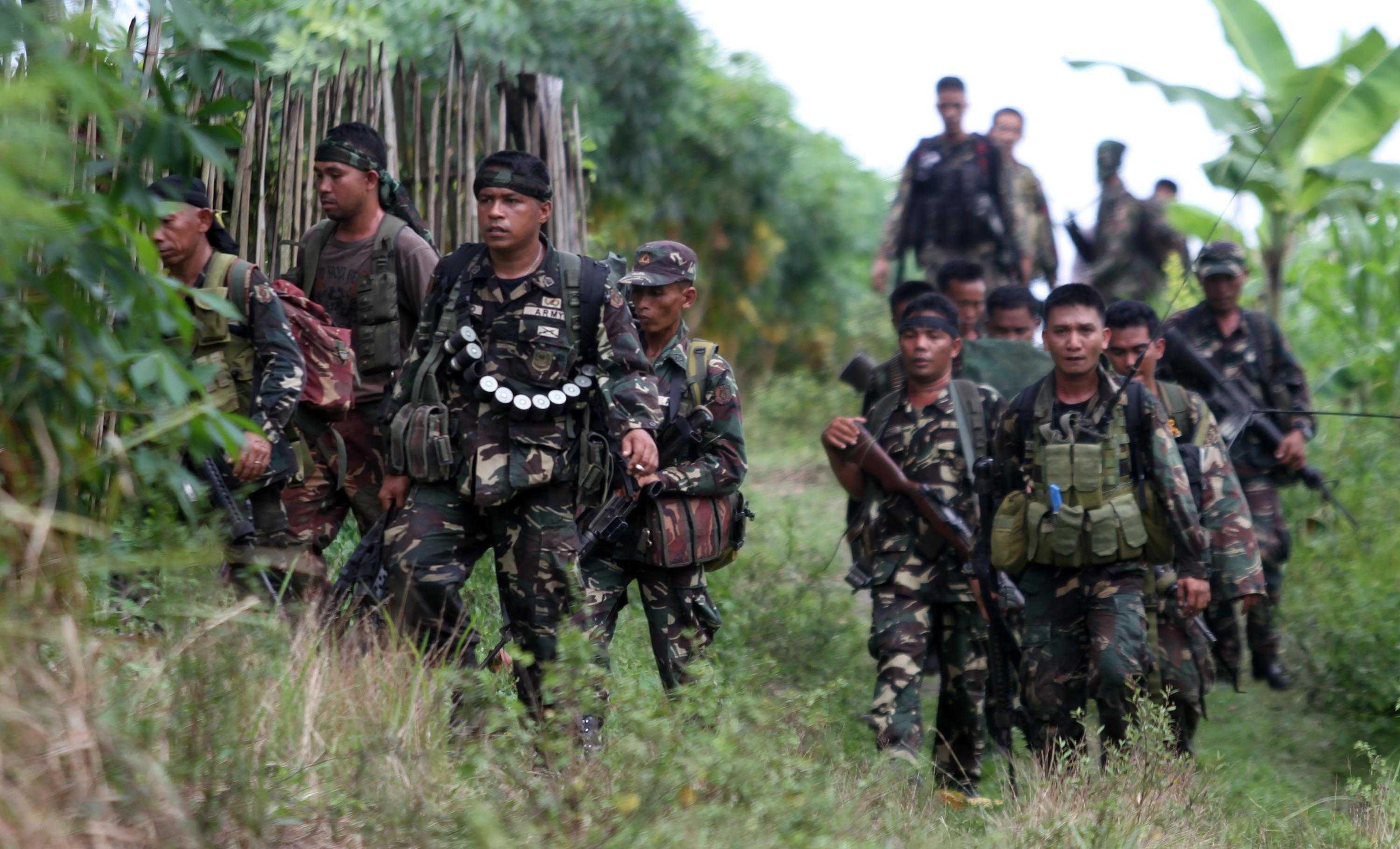 The Philippine military claims it is “winning peace” against anti-government insurgents.

In a press briefing on Wednesday, General Gregorio Pio Catapang, the chief of the Armed Forces of the Philippines, said the strength of the al-Qaeda-linked Abu Sayyaf Group and the communist New People's Army (NPA) has stalled.

He credited the enforcement of the government's counter-insurgency program, the Internal Peace and Security Plan, for the results.

The general said the capture of top leaders of the Communist Party of the Philippines last March “created a vacuum” in the organization, which he claimed was responsible for a drop in violent incidents initiated by the NPA, the Communist Party’s armed wing.

Human rights groups, however, said rising incidents of human rights abuses by the military have marred its "campaign for peace."

Cristina Palabay, secretary general of the advocacy group Karapatan, said her organization has documented 204 victims of extrajudicial killings and 207 cases of frustrated killing committed since the military implemented its anti-insurgency campaign.