Move is an attempt by the government to curtail freedom of speech, authors say 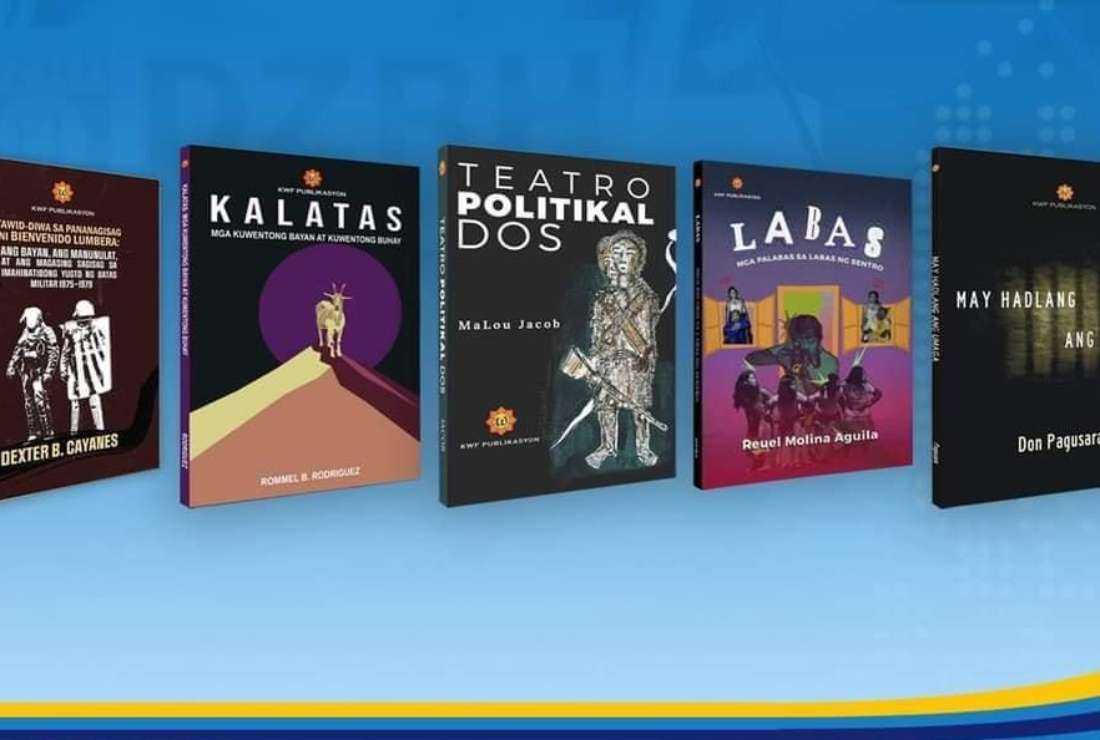 The Commission on the Filipino Language has banned five textbooks for allegedly violating country's anti-terrorism law. (Photo from Facebook)

A state commission in the Philippines has banned five books for having content that allegedly violates the country's anti-terrorism law, triggering condemnation of the government’s purported attempts to curtail free speech.

The Commission on the Filipino Language (KWF) ordered the ban and pulled the five new textbooks for higher secondary level including three authored by Malou Jacob, Rommel Rodriguez, and Don Pagusara on Aug. 12.

These books encouraged terrorism and the destabilization of the government with references to the country's communist movement, the commission said.

The authors issued a joint statement on Aug. 14 condemning the decision, saying the suppression of their work curtailed freedom of expression.

They alleged that the move is tantamount to actions taken during the martial laws under dictator Ferdinand Marcos, Sr., the father of the current president.

Labeling their work as “subversive”, “anti-Marcos”, and “anti-Duterte” was a violation of their constitutionally protected right to freedom of speech, they added

"Subversive is a dangerous accusation, which may already be stepping on the boundaries of freedom of expression and academic freedom,” they said.

In its ban order, the commission said the books could be in violation of the nation’s anti-terror law.

“The five books may violate Section 9 of the Anti-Terrorism Act especially there are some parts or provisions therein that may be interpreted with extreme caution especially if it may be overreaching, and results in the possible destabilization of the government and for encouraging membership of terrorist groups,” the commission said.

Among the titles banned were “Lakas Kasama and Bayan” [Strength Together with the Motherland] which the commission claimed contained “subversive” material depicting the messages and influence of the Communist Party of the Philippines.

The rest of the publications were junked for allegedly encouraging membership of the Communist Party by advising patriots to go “up to the mountains to take up arms”.

“Under a democracy, there is a value in allowing these publications to be publicly available"

The commission’s interpretation was that the publications were promoting membership of the New People’s Army, the communist party’s armed wing, which the government lists as a terrorist organization.

“There are many reasons why people climb mountains. Some do it for adventure, a quick escape from city life. Some go to learn or to research — a class requirement in order to graduate. Some climb a mountain to see the extraordinary… But some go in order to take up arms [against the government]”, reads the content of one of the books.

The Commission on Human Rights, however, urged the KWF to exercise “more prudence” in labeling texts “subversive.”

“We encourage the KWF to study this policy through consultations with relevant stakeholders, as well as to go into a further inquiry on the contents of the said publications,” the human rights commission said in a statement.

“Under a democracy, there is a value in allowing these publications to be publicly available so they may be discussed and even challenged openly if necessary. A safe country is where people are also free to express their thoughts in its many possible forms without fear of harm and intimation.”

Church-run St. Vincent de Paul Catholic School and the Malate Catholic School in the capital Manila expressed concerns that the move is an attempt to censor free speech and academic freedom.

“This is a violation of our constitutional rights — just as what we had predicted when we opposed the constitutionality of the Anti-Terror Law. Now, we are reaping its effects,” Jose Bonoan, principal of St. Vincent de Paul School, told UCA News.