11,200 cases of human rights violations were recorded by the National Human Rights Commission during the 14 years 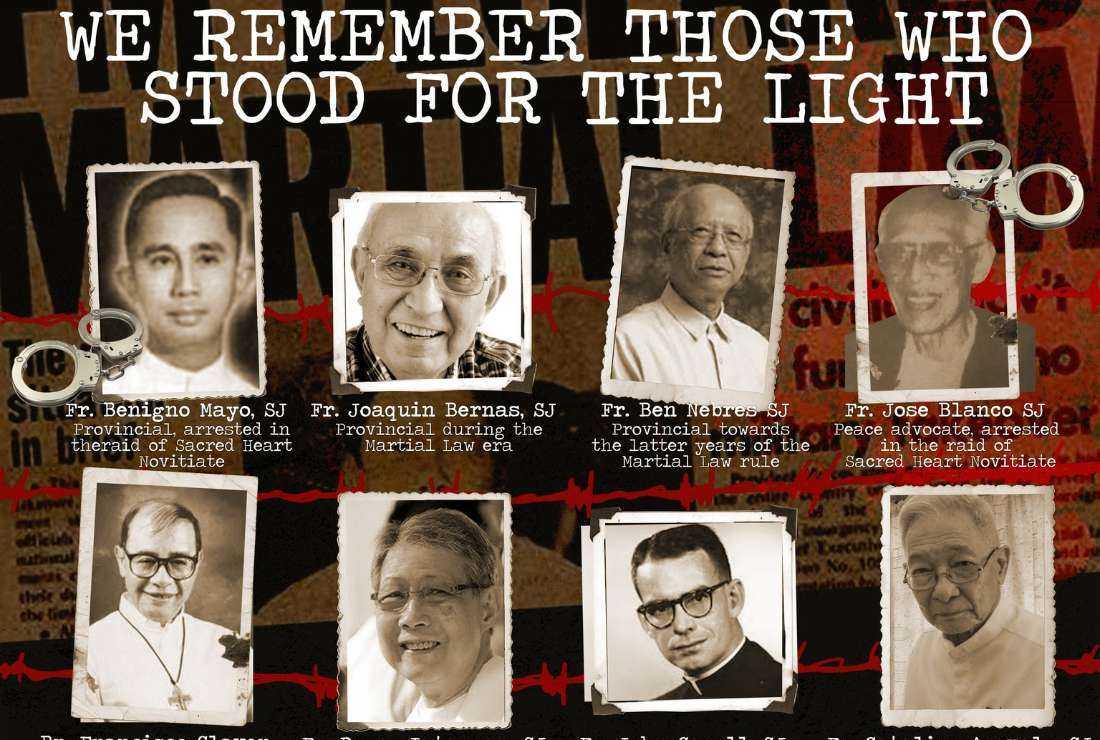 Three leading universities in the Philippines have organized a series of programs to pay tributes to the sacrifices of the victims as the nation marks the 50th anniversary of the declaration of martial law.

The Jesuit-run Ateneo de Manila University, Dominican-run University of Santo Tomas, and the state-run University of the Philippines hosted forums and film shows on Sept. 19 to remember the atrocities and human rights violations during the rule of dictator Ferdinand Marcos, father of the current president.

Marcos declared martial law on Sept. 21, 1972, which continued until he was ousted in a popular democratic uprising in 1986. His regime is accused of thousands of human rights violations and killings of civilians.

“As we mark 50 years since the declaration of Martial Law, Ateneo de Manila University honors the members of the Society of Jesus who stood for the light amidst the dark days in our nation,” the university posted on Facebook.

The Jesuits honored were Bishop Francisco Claver, the prelate who condemned Marcos’ snap elections due to massive cheating, and Bishop Federico Escaler, a known Marcos critic who was kidnapped by military men.

Marcos’ henchmen allegedly shot Jesuit Father Godofredo Alingal for defending farmers accused of being members of the Communist Party of the Philippines and its armed wing, the New Peoples’ Army.

On Sept. 19, the students of Ateneo wore black shirts on campus to honor the victims on the martial law anniversary.

The university said the Jesuits’ heroism in defending freedom was their greatest legacy not only for students but for the entire Filipino nation.

“We will never forget your bravery and dedication to justice and peace,” the Ateneo added.

The University of Santo Tomas recalled how the pontifical university did not remain in the peripheries in the fight for freedom.

“We did not stay on the sidelines. Majority of the students were afraid to join rallies but we did because it was a duty to our country,” said UST alumnus Reynaldo Obviar.

Obviar said he was invited by a group of students in the university to share about his experience when soldiers tried to silence their school paper by distributing pamphlets threatening they would be arrested for subversion.

“At that time, we were campus journalists. There were open letters addressed to campus journalists [and] delivered to our dormitories, some to our apartments, threatening us not to criticize and to write only the good things about the Marcos administration,” Obviar told UCA News.

The University of the Philippines (UP) hosted a documentary show to combat fake news with facts by showing the events that led to the assassination of pro-democracy icon Benigno Aquino, Jr.

“This is part of the unit’s Martial Law series titled: The Legal Construction of Dictatorship: We Remember. We- the whole Philippines – need to remember otherwise we let those who manipulate our history win,” UP student and event organizer Maricar Ortiz told UCA News.

After three years in exile, Aquino flew back to the Philippines and was shot dead on the airport tarmac in Manila on Aug. 21, 1983, Ortiz recalled.

Meanwhile, others like Lorenzo Tanada, Sr. and Jose Diokno, alumni of the college, who were staunch critics of Marcos, were jailed and tortured for fighting for human rights.

The church-run De La Salle University has named its law building after the martial law victims Tanada and Diokno,

The Philippine Human Rights Commission recorded more than 11,200 cases of human rights violations during the martial law era. About 3,000 were killed or disappeared, while 2,739 were tortured by security forces during the period.

Besides, Marcos and his family members are accused of stealing billions of dollars of state funds, effectively leading the economy to the brink of collapse.