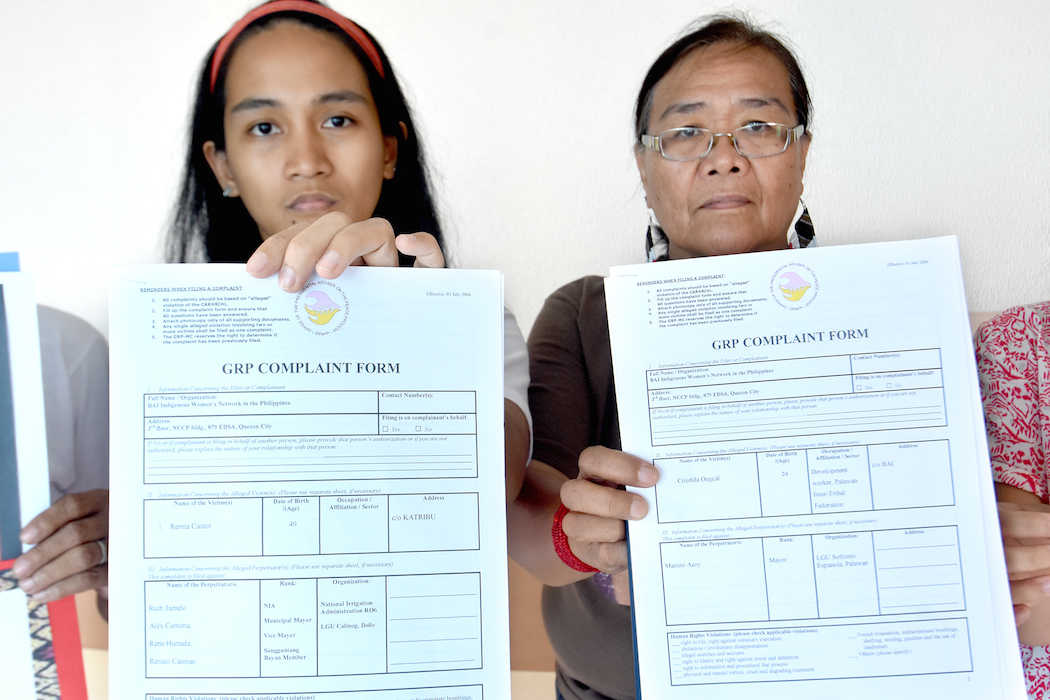 Tribal groups in the Philippines have filed complaints against the government for alleged human rights abuses committed by security forces in indigenous peoples' communities over the past two years.

The complaints were submitted on July 3 to a joint monitoring body set up by the government and communist rebels as part of peace efforts aimed at ending five decades of insurgency.

Katribu, an alliance of tribal groups, and the Bai Indigenous Women's Network claimed they had evidence of abuses committed by state forces since 2016.

A total of 60 cases involving killings, torture and the destruction and divestment of properties were submitted to the joint committee.

The tribal groups called on President Rodrigo Duterte "to sincerely take action in addressing poverty that besets not just tribal people but everyone in the country."

"[The government's] war against human rights violators should be as intense as its war against criminals and those involved in illegal drugs," said Malayao.

The tribal groups also called on the Department of Justice to scrap a "fake proscription list" that names several tribal leaders as terrorists.

They accused the government of launching a "systematic legal offensive" against activists as part of its counter-insurgency operation.

Early this year, the Justice Department released a list of names of at least 600 people, including activists and tribal leaders, who have been tagged as terrorists.

From July 2016 to February 2018, Katribu recorded the arrests of 178 tribal people and the filing of what the group claimed were "fabricated criminal cases" against tribal leaders.

At least 24 tribal leaders have been arrested and detained since Duterte came to power in 2016.

Beverly Longid, coordinator of the International Indigenous Peoples' Movement for Self-determination, said her group has already received "overwhelming support and solidarity" from the international community.