Program only available to former terrorists not facing charges 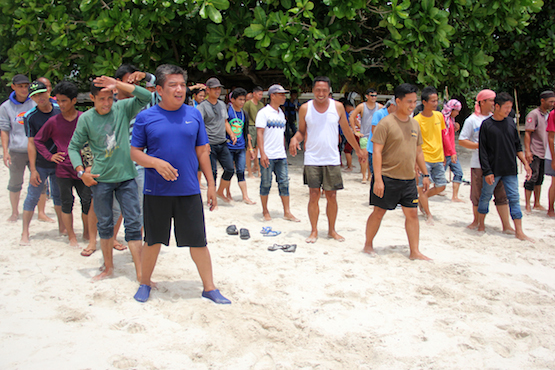 At least 84 former members of the notorious Abu Sayyaf terrorist group in the southern Philippine region of Mindanao underwent a "psychosocial retreat" as part of the government's reformation program to help terrorist who surrendered start new lives.

Governor Mujiv Hataman of the Autonomous Region in Muslim Mindanao said the former terrorists were given courses on farming aside from other activities facilitated by the military and the local government units of the island province of Basilan.

"[The program] is aimed at giving the returnees appropriate psychosocial interventions to adjust to a new of life," said the governor.

Most of the former terrorists are still in their teens or early twenties. The governor said most were "forcibly recruited" to become part of the lawless group.

The youngest is only 11 years old and was recruited when he was only nine.

Hataman said he hopes the "reformation" of the former terrorists will encourage other members of the Abu Sayyaf to lay down their arms and lead a new life.

Captain Jo-ann Petinglay, spokeswoman of the military's Western Mindanao Command, said those undergoing rehabilitation are only those not facing charges.

"If they have charges, they have to face [the charges]. We're following the legal process here," she said.

The Abu Sayyaf Group, which has become notorious for beheading their kidnap victims, pledged allegiance to the so-called Islamic State last year.

Abdulmuhmin Alyakanie Mujahid, executive director of the Muslim Fatwa Council of the autonomous region, said they are engaging all sectors to address the spread of extremism and radicalism in the country. He said the effort is an offshoot of an Ulama Summit that was held in May when Muslim religious leaders in Mindanao issued a declaration against terrorism.

"These extremist groups are using the creed of Islam … in justifying their criminal and inhumane acts," said Mujahid.

"We can't allow that, and we will not allow that," he said, adding that their call is "to fight violent extremism and terrorism."

Hataman said that Muslim scholars and religious leaders could contribute in the fight against terrorism by educating people about the teachings of Islam, especially the principles of justice, compassion, peace and harmony.