Father Ranhilio Aquino, dean of the San Beda Graduate School of Law, is seen here inside the session hall of the Supreme Court of the Philippines. (Photo supplied)

Critics have accused the highest court in the Philippines of making marriage annulments easier by modifying the boundaries of a legal technicality widely used as grounds to dissolve marriages in the only Christian country apart from the Vatican where divorce is not legal.

The technicality is referred to as psychological incapacity and is defined as a condition that prevents a spouse from complying with fundamental marital obligations such as sexual fidelity, honesty or reasonable behavior.

Previously, to annul a marriage using psychological incapacity, it had to be proven that the spouse had the condition in question at the time of marriage, something that was difficult to do if the couple had been married for a significant period.

However, the Supreme Court reset the rules on May 12 by applying the term to behavior manifesting during a marriage.

The ruling was seen by legal experts as a compromise to placate religious conservatives strongly opposed to divorce and a growing number of people in the Philippines who support it.

Father Ranhilio Aquino, dean of the San Beda Graduate School of Law, said the court appeared to have modified the concept of psychological incapacity by borrowing from canon law and applying it to family law to allow annulments.

This more relaxed interpretation means more dissolved marriages. And if a party can bribe a judge, then their marriage can easily be dissolved

It probably thought “the canonical category of psychological incapacity would be malleable enough to allow for the dissolution of dysfunctional marriages,” Father Aquino said.

“This more relaxed interpretation means more dissolved marriages. And if a party can bribe a judge, then their marriage can easily be dissolved,” said Alan Gupta of the Knights of Columbus.

The Supreme Court has given unbridled power to judges to grant a divorce, he added. 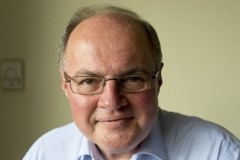 Civil law has nothing to do with Catholic sacraments

“This ruling is akin to divorce. Only Congress should handle issues like this, not the Supreme Court,” said one Manila parishioner who wished to remain anonymous.

“There is a bill pending that seeks to legalize divorce. As long as it remains a bill and not a law, divorce remains outlawed in the Philippines and the Supreme Court has no power to rule otherwise.”