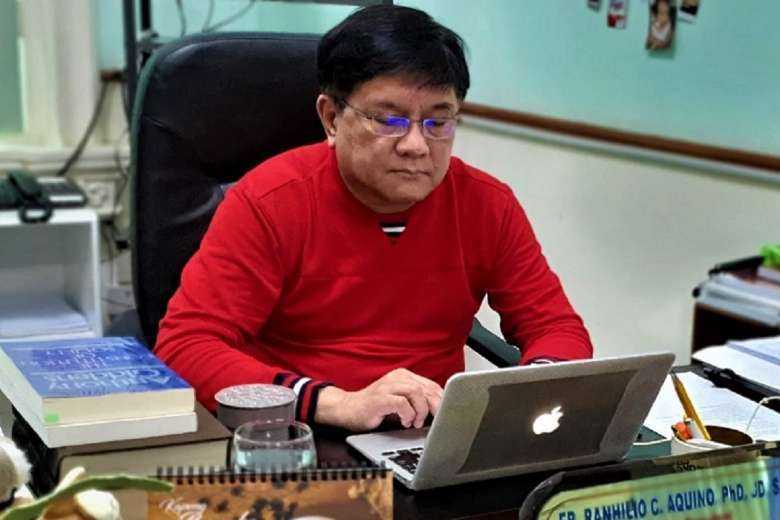 Father Ranhilio Aquino says Rodrigo Duterte would be violating the spirit of the constitution if he is allowed to run for vice president in next year’s polls. (Photo: Father Aquino)

A Catholic priest and legal expert says Philippine President Rodrigo Duterte must not be allowed to exploit an apparent loophole in the country’s constitution by running for vice president when his term of office ends next year.

Allowing Duterte to run for vice president would be a violation of the spirit of the constitution and possibly see him return as president, Father Ranhilio Aquino, dean of the San Beda Graduate School of Law in Manila, said on June 7.

The Philippine constitution limits a presidential tenure to one six-year term to avoid authoritarian rule as seen under former dictator Ferdinand Marcos, but there is no legal impediment stopping him from running for vice president.

Duterte has revealed that he is open to running for vice president while his daughter runs for the presidency in 2022, stoking fears Duterte was seeking a second term by having a close ally serve as a puppet president.

“The constitution expressly limits the term of the president to only one, with the consequence that no re-election is possible. But it seems equally clear … that the intent of the fundamental law is that the nation should be led by as many as are qualified so that any roundabout way of granting a second term should be disallowed,” said Father Aquino on social media.

The priest and other critics fear Duterte could be exploiting a loophole whereby as vice president he could become the president again if the incumbent dies or is permanently disabled.

The new president spends a few token months in office to resign the presidency, resulting in a second term for the former president

Father Aquino also raised concerns that if the president resigns, this would make Duterte president once again.