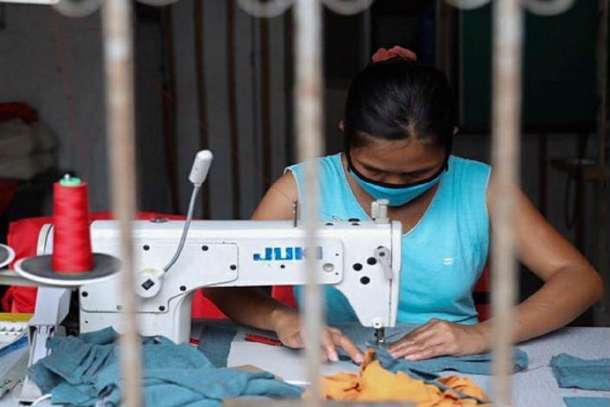 A Vincentian priest is appealing for people to support families of those murdered during the Philippines government’s war on drugs by giving them jobs to help them through the coronavirus pandemic.

Father Danny Pilario said one such project has seen members of Project SOW (Solidarity with Orphans and Widows), an association of victim families of extrajudicial killings, begin sewing face masks and personal protective equipment with the help of his congregation.

“More than two years ago, we asked members of Project SOW … if they were willing to embark on a sewing business. There was only one among them who had tried sewing before.,” Father Pilario told UCA News on Sept 19.

There was very little interest initially, Father Pilario recalled. “Few had faith in the project because many felt there was no market for our products,” he said.

That perception changed when the pandemic struck. “I really hate sewing but I will do it for my children. We need stable jobs to provide food and education for our children,” said one of the group’s members.

“We started from scratch. During the pandemic, women have been sewing face masks, protective gear and other items during these difficult times. The Office of the Vice President [Leni Robredo] has sought our women’s skills to help others [to provide masks],” said Father Pilario in a social media post.

He said the women’s stories were traumatic because they purportedly witnessed police brutality against their loved ones inside their homes.

“They were victims of violence of policemen who just went inside their homes and dragged their sons and husbands from their house. A few days later, they would hear the news that their son or husband had been murdered,” Father Pilario said.

Amnesty International reported in 2017 that in several instances police tried to cover up unlawful killings or ensure convictions of those arrested during drug-related operations by planting evidence at crime scenes and falsifying incident reports.

Because of the sewing project, Father Pilario said the women were no longer victims but “modern-day” heroes for helping medical health workers by sewing protective gear and face masks.

“We now see them as frontliners for working despite the pandemic. They leave their homes to work and to buy materials to make protective gear for our doctors and nurses,” the priest added.

“They [widows and orphans] have a new perspective. Now they are not mere victims who rely on aid. Now they are the ones giving help by making or sewing protective gear and even donating them to hospitals.”