Rodrigo Duterte to donate 1,000 pesos to charity for every profanity uttered 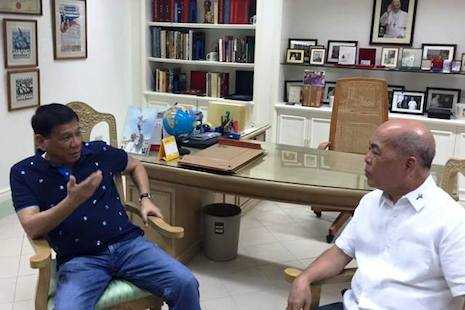 A controversial Philippine mayor running for president in next year's elections has vowed to donate 1,000 pesos (about US$22) to the Catholic Church for every cuss word he utters in public.

"To atone for my sins, I was told not to cuss. It would be expensive for me, too," said Davao City mayor Rodrigo Duterte who drew flak last week after using offensive language to criticize Pope Francis.

The mayor admitted being admonished by Archbishop Romulo Valles of Davao during a Dec. 4 meeting.

"I got an admonition and a lecture on Christian values and good manners and the right conduct," said Duterte, who pledged to refrain from swearing and volunteered to pay 1,000 pesos for every foul word he utters.

The money will go to Caritas Philippines, the social action arm of the Philippine Catholic bishops' conference.

"The bishop told me to stop talking," said Duterte, adding that he donated 2,000 pesos to Caritas after the Valles meeting.

The mayor came under fire for using offensive language to criticize Pope Francis for causing a traffic jam in Metro Manila during his visit to the Philippines in January.

"Vulgarity is corruption. When we find vulgarity funny, we have really become beastly and barbaric as a people," said Archbishop Socrates Villegas of Lingayen-Dagupan, president of the bishops' conference.