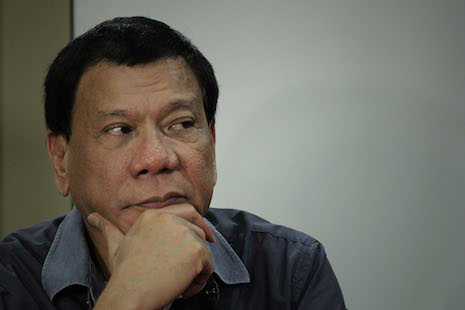 Philippine presidential candidate Rodrigo Duterte says he was sexually abused by priests as a youth. (Photo by Vincent Go)

At least two Catholic bishops urged a Philippine presidential candidate to speak up about his allegation that he is a victim of sex abuse by priests.

"I'm begging the good mayor on bended knees to please go to the civil court, and there file a case against these priests," said retired Archbishop Oscar Cruz of Lingayen-Dagupan.

Davao Mayor Rodrigo Duterte, a 2016 presidential aspirant, claimed that he was sexually abused by priests during his years at the Ateneo de Davao, a Jesuit-run school.

"I will tell you the abuses committed against the minors at that time ... including me," Duterte told reporters, after Catholic bishops criticized him for cursing Pope Francis in a Nov. 30 speech.

The mayor said he would expose everything if the Catholic bishops continue to criticize his candidacy.

"Do not make a big deal out of it, Socrates. If you do, I will withdraw from the presidential race, then you debate with me. Let us trace the history of your church," Duterte said, referring to Archbishop Socrates Villegas of Lingayen-Dagupan, president of the bishops' conference.

Archbishop Villegas has issued a statement criticizing Duterte after he cursed Pope Francis in a speech on national television for causing a traffic jam in Metro Manila during the papal visit in January.

"Vulgarity is corruption. When we find vulgarity funny, we have really become beastly and barbaric as a people," Archbishop Villegas said.

Manila Auxiliary Bishop Broderick Pabillo, meanwhile, said Duterte should tell his story so that the abusive priests can be punished.

"If a sin has been committed against him he should speak out," Bishop Pabillo said. "I pity him if he has long been carrying this with him."

Bishop Pabillo said Duterte will actually do the Catholic Church a favor by speaking out. "It will help clean our ranks," he said.

Archbishop Cruz said the mayor should tell the court the "who, how, when, and where" of the abuse.

"The church also does not condone these actions if done. Instead of talking and talking, file a case and let's see what is it all about," said Archbishop Cruz, a canon lawyer. 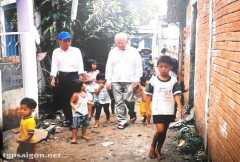 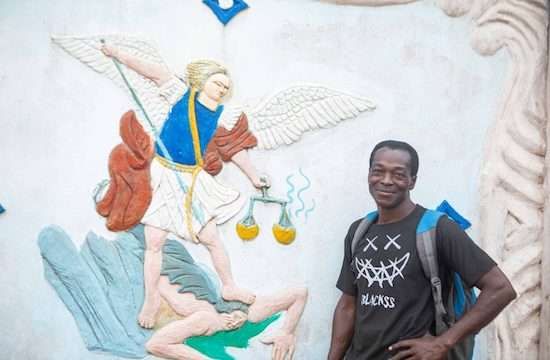 A carpenter in Benin, who learned his craft at a Salesian-run trades school, has spent the past 30 years supplying parishes with religious artwork he makes out of plastic