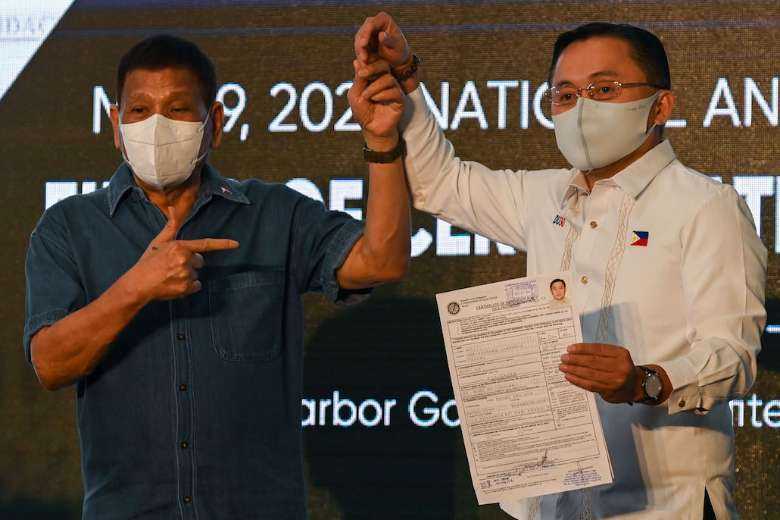 A Philippine bishop has reacted with disbelief to President Rodrigo Duterte’s announcement that he is retiring from politics.

“I do not believe that declaration of retiring from politics. It is a bluff,” Bishop Arturo Bastes, the retired bishop of Sorsogon, told UCA News on Oct. 4.

He said Duterte’s “constant” desire to be in power would make him retract his retirement and run for another government position, whether at national or local level.

“He still wants to be the power behind the throne: to support [Ferdinand] Marcos, who wants to be president, and his own daughter [Sara], who has a similar ambition,” Bishop Bastes said.

“He is so drunk with political power that he cannot retire from it sincerely even if he can no longer run for office. Of course, he faces prosecution by the International Court of Justice [over the war on drugs]. Hence, he will always need political power, even vicariously.”

Duterte declared he is retiring from politics after accompanying long-time ally and lawmaker Christopher "Bong" Go to file his certificate of candidacy for vice president in Manila on Oct. 2.

Duterte told a press conference that he would not participate in next year’s presidential election to obey the “overwhelming sentiment” of the Filipino people.

“My future candidacy [for vice president] is being opposed because my critics say it is a violation of the constitution. More than that, the overwhelming sentiment of the Filipinos is that I am not qualified,” he said.

“Now, I'd like to address myself to the entire nation. The universal sentiment of the Filipino has been reflected in the different surveys and in many forums caucuses and meetings to discuss what should I do in my life. The overwhelming sentiment of the Filipino is that I am not qualified and it would be a violation of the constitution to circumvent the law, the spirit of the constitution.”

Duterte was referring to a recent survey conducted by Social Weather Stations showing 60 percent of Filipinos believed Duterte would violate the constitution if he ran for the vice presidency.

He expressed his thanks to the nation for allowing him to serve the country for six years.

“And so, in obedience to the will of the people, who after all placed me in the presidency many years ago, I now say to you, my countrymen, I will heed your advice. And today, I announce my retirement from politics. Thanks to all of you,” he said.

Duterte’s spokesman Harry Roque, however, warned that the president did not entirely say he would stay away from politics in 2022.

“The president’s announcement did not mean he is not interested in the vice presidency anymore — as to whether or not he will completely retire from politics, I would have to clarify this point with him,” Roque told the press on Oct. 2.