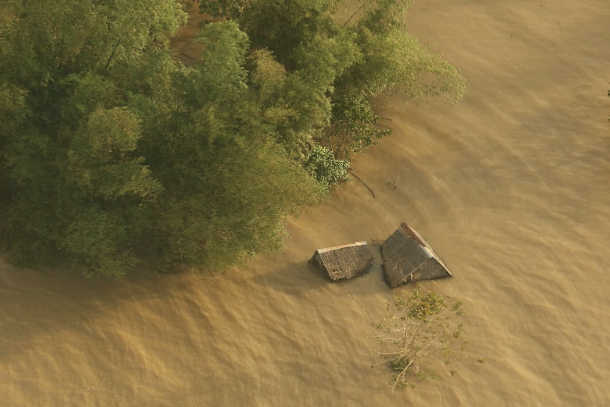 An archbishop has criticized a lack of help and compassion extended to victims of floods and landslides brought about by a storm in the  Philippines last week.

The recent disaster brought "pain and untold misery" especially to those in Camarines Sur province said Archbishop Rolando Tria Tirona of Caceres Archdiocese, who issued an appeal for more aid to affected victims.

Late warnings of impending disaster worsened the death toll, said the prelate, adding that even the government was caught unaware.

The National Disaster Risk Reduction and Management Council said on Jan. 7 that the number of people killed as a result of the tropical storm that hit the Bicol region stood at 126.

At least 60 people were injured, while 26 remained missing.

An estimated 624,230 people were affected by the disaster, according to the agency. Of this number, 57,786 people were in 119 evacuation centers.

Around 6,000 homes were also reported damaged.

Archbishop Tirona said the archdiocese's social action center has already assessed the situation and responded with food and clothing.

The prelate, however, said more compassion was needed for victims and that offers of help should not be self-serving.

The archbishop said he had heard about politicians running in this year's mid-term election getting into some kind of "race" to shoulder funeral expenses for those who died in the disaster.

"[It] is un-Christian," said the prelate, adding that it is in the most trying times that people should come together and help each other.

The Labor Department has set aside an initial 10 million pesos (US$191,000) for workers displaced by the disaster.

The amount is intended to provide at least 3,000 affected workers and their families with immediate short-term income support.