Philippine nun urges Catholics to be like Leonardo DiCaprio 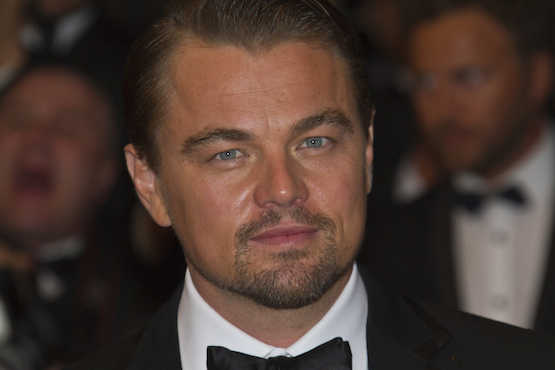 Leonardo DiCaprio's Academy Award acceptance speech calling for protection of the environment should serve as a model for Catholics, a Philippine nun says. (Photo by Denis Makarenko/Shutterstock.com)

This was the call of Sister Aloha Vergara of the Handmaid of the House of God congregation.

The nun said DiCaprio's speech at Sunday's Academy Awards "reflects the people and the churches' position on the protection of the environment."

The Hollywood actor declared that climate change "is real" and blasted what he called the "politics of greed" in his speech accepting his first acting award at the Oscars.

Redemptorist Brother Ciriaco Santiago, convener of an anti-mining group in Manila, said candidates in May national elections should take DiCaprio's position and "act upon people's concrete and legitimate demands."

The religious brother said it is "very timely" for Filipinos to reflect and respond to the situation, especially after years of plunder of the country's natural resources.

"We need to stand to uphold the protection of all creation," Sister Vergara said at a March 1 press conference where church and environmental activists denounced alleged human rights violations in a mining town in the northern Philippines.

The nun slammed the recent violent dispersal and arrest of protesters opposed to mining operations in the town of Santa Cruz in Zambales province.

Sister Vergara urged Catholics to reflect on Pope Francis encyclical Laudato si and "support those who speak for all those who are affected of corporate greed and the destruction of the environment."

In the same forum, Lito Latorre, coordinator of the Justice, Peace and Integrity of Creation program of the Redemptorist congregation in the Philippines, said "the church is always on the side of the environment."

"Actions and programs that destroy creation is an attack on the church’s mission, therefore, the church should be in the frontline to protect people who go against these plunderers of the environment," said Latorre.

Protestant pastor Irma Balaba of the National Council of Churches of the Philippines said Catholic and Protestant groups are coming together to challenge candidates to pledge for anti-mining campaigns.

"Our leaders must make a stand," Balaba told ucanews.com. "They only have two options, to support the people or to become spokespersons of big mining corporations," she said.

The Center for Environmental Concerns reported March 1 that "massive losses in livelihood and worsening health conditions" of residents due to mining operations were recorded in the town of Santa Cruz in the past week.

The organization said that since 2006, when mining started in the town, people noted a rapid decrease in their income.

Farmers have seen their rice yields drop by one third since 2009, while fishermen who used to have an average catch per day of 50 kilograms in 2000 now only net at most five kilograms.