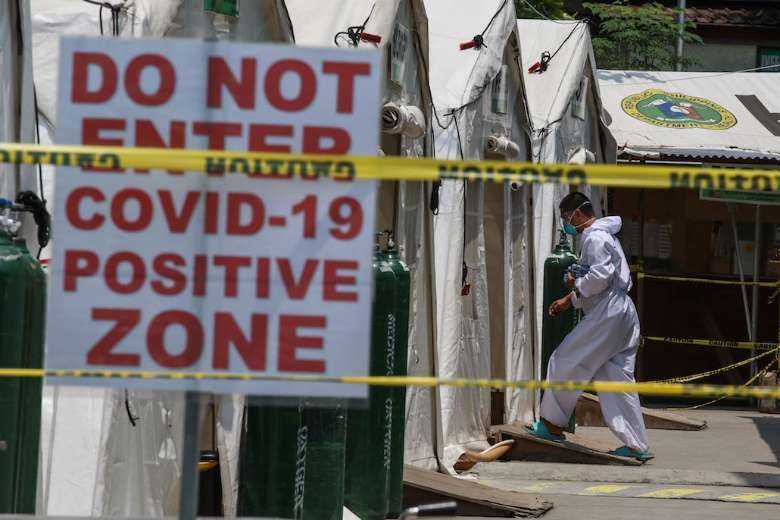 A group of Filipino health workers including nurses and doctors have threatened to resign and called on the medical community to hold protests over corruption in the country’s Department of Health.

The Alliance of Health Workers, a union of nurses and medical practitioners, said that corruption in government had been rampant while it failed to release their benefits despite members working on the front line.

“Indeed, there is so much budget in the Department of Health and yet they always refuse to provide for health workers’ Covid-19 benefits, safety and protection,” the alliance’s president Robert Mendoza told the press on Aug. 16.

Mendoza said Philippine health workers were being deprived of their rightful benefits.

“We remained greatly deprived of our just and timely Covid-19 benefits like the meal, transportation and accommodation allowance, special risk allowance and active hazard duty pay, among others,” he added.

The alliance said that if government authorities fail to increase their benefits amid the pandemic, mass protests would be held for their rightful demands.

The Department of Health has already appealed against the resignation of nurses, who comprise 70 percent of staff in Philippine hospitals.

Some groups, however, claimed the call for resignation was not supported by all medical practitioners but admitted nurses could only hold the ground for so long.

“It seems we do not have a choice anymore but to leave this dangerous job that does not pay us well. To make things worse, now we know there are funds but people up there [high-ranking government officials] would rather put them in their pockets than give them to us,” said Jose Fabian, a member of a nurses’ union in a hospital in Manila.

Fabian said the mass resignation of nurses has been a phenomenon already for months.

“Actually, the mass resignation has been going on for the past five to seven months. About 40 percent of nurses across the country have resigned,” said Fabian quoting a report from a group of private hospitals in the Philippines.

Corruption in the Department of Health is unfair to the country’s health workers, said Father Jun Garcia of Jaro Diocese in Iloilo province, Western Visayas.

“Knowing the billions of pesos unspent and misused by the Department of Health is an insult to our nurses and doctors. They risk their lives in hospitals, leaving their loved ones, yet they do not receive the pay they deserve,” Father Garcia told UCA News.

He said government officials should be “more conscious” of handling public funds, especially during a pandemic.

“They should think twice before spending the people’s money. It is not theirs. It is the people’s. Thus, funds should be spent for public need, not for corrupt reasons,” he said.

BIENVENIDO BAISAS
The government culprits should be prosecuted and duly punished acoprding to law and justice should be rendered to the health workers of the land.
Reply