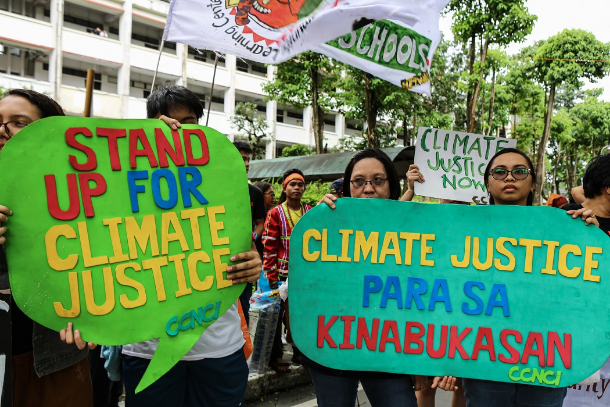 Environmental activists stage a demonstration in Manila as part of the Global Climate Strike on Sept. 20. Green groups have submitted a 'final memorandum' against fossil fuel producers to the Commission on Human Rights. (Photo by Jire Carreon)

Philippine environmental groups submitted a "final memorandum" against fossil fuel producers before the country's Commission on Human Rights ahead of a Global Climate Strike on Sept. 20.

In 2015, the activist groups filed a landmark human rights case against 47 energy firms blamed for a large part of the world's greenhouse gas emissions that have led to disastrous climate change.

The memorandum is a summary of scientific and legal evidence of alleged human rights violations by the corporations.Desiree Llanos Dee, climate justice campaigner of Greenpeace Philippines, said they expect the Philippine human rights commission to issue a resolution on the petition.Dee said the resolution can be a global precedent that can be used around the world to hold the so-called "Carbon Majors" accountable for the impact of climate change on communities.

Get it Now
While the 2015 petition is a first of its kind, the memorandum filed by the activist groups, a product of a four-year investigation, is considered the biggest repository of evidence on how the fossil fuel industry "misled the public on climate change."The memorandum noted that as early as the 1980s the fossil fuel industry already knew that "climate change was real" yet the companies did not act to reverse the harmful impacts of their operations.The Philippines' Commission on Human Rights has conducted 12 public hearings since the 2015 filing of the petition, hearing 39 expert resource persons and 26 community witnesses."The voice of the people is not being heard in some of the climate litigation in other countries, but here in the Philippines the world heard the narratives of the victims for the first time," said Dee.The respondents, including large oil companies and fossil fuel producers, did not participate in the process even as the investigative body went to New York and London for hearings.
Related News 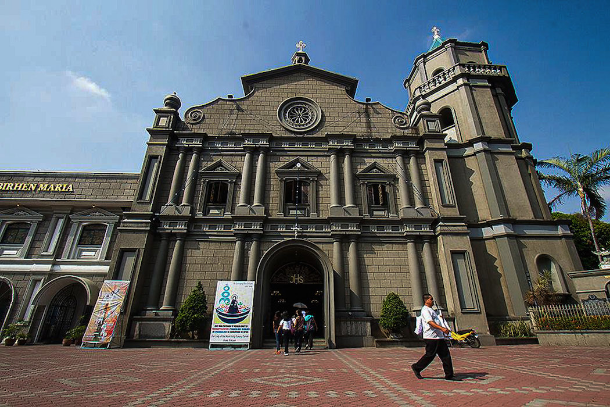 Jose Luis Martin Gascon, human rights commission chairman, said they intend to issue a final report on the issue by November, in time for the 2019 United Nations Climate Change Conference, also known as COP25, in December."We need to acknowledge that there are victims and that there are perpetrators in this climate crisis. And perpetrators who undermine human dignity should be held accountable," said Gascon.He clarified, however, that the human rights body's role is to conduct a fact-finding investigation and it is not a court of law that has punitive powers that can impose penalties."After our resolution, there has to be further pursuit in other arenas," he said.For the first time, the Philippine government will not be attending the climate change meeting this year.Philippine President Rodrigo Duterte said sending a representative to the global climate conference is "a waste of time and money," adding that climate change may not matter in the long run due to other global issues such as the threats of war.
Support our Catholic journalism with a contribution of any size
Your contribution will help the Catholic journalists and editors in UCA News to report news, features, commentaries, video stories and podcasts on issues affecting the lives of millions of Catholics around the world.
Here is a gift of two valuable books as a token of appreciation to you.
Check your mailbox for links to these PDF/e-Books.