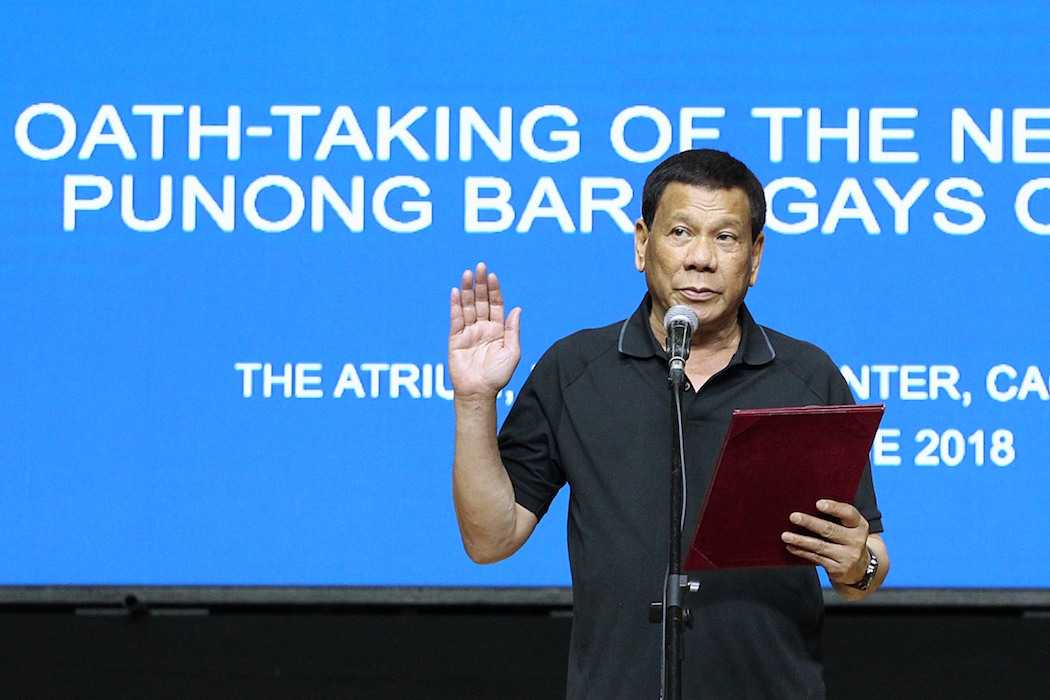 After calling God "stupid" and laughing off the Bible's creation story, the administration of Philippine President Rodrigo Duterte is trying to reach out to the country's church and religious leaders.

A three-man committee has already been tasked to hold talks with church people on the heels of the president's remarks against God and Christianity.

On June 25, Duterte clarified his earlier statement when he questioned the creation story for allowing temptation to corrupt his creation.

Duterte said he was not talking about his God and was instead insulting the God of his critics.

"I did not say that my God was sheepish," he said in Filipino. "What I said was your God is not my God because your God is stupid. Mine has a lot of common sense."

Presidential spokesman Harry Roque Jr. said it would be good to open a dialogue with church leaders "because the government and the church serve only one society."

"The theme [of the dialogue] will be how to lessen the rift between the government and church," he said.

Roque said Duterte's statements against the Catholic Church stemmed from his alleged experience with priests when he was a child. He said the church should apologize for the abuses of some priests.

The president's spokesman said church leaders should not be "onion-skinned."

"There were hurtful words directed at [Duterte] by the church which he did not respond to for two years," said Roque.

The country's Catholic bishops welcomed the government's move to start a dialogue with church leaders.

Archbishop Romulo Valles of Davao, president of the bishops' conference, said a dialogue is always good. "That is a most welcome development," he said, adding that "to dialogue is to listen to one another."

Manila Auxiliary Bishop Broderick Pabillo, however, expressed doubts as to the sincerity of the president, saying the government's latest move could "just be an excuse so that the criticisms against him will be diffused."

Archbishop Jose Palma of Cebu said the president's tirades will be discussed during the bishops' plenary assembly next month. "I look towards our meeting because I know we will be discussing that and we can make a response," said the prelate.

The country's Catholic bishops will hold their plenary assembly on July 7-9.

Australian missionary nun Patricia Fox, who was in April ordered by Duterte to be deported, said the president's statements should be answered with compassion.

"I'm very sorry for what happened," said the nun, who is superior of the Our Lady of Sion congregation in the country.

"The church is made up of human beings and some of them do very bad things," she said, referring to Duterte's claim that he was abused by a priest.

On June 25, Duterte said his rant was part of his criticism of Sister Fox, who has been accused of involvement in partisan political activities by the president's allies.

A day earlier, Sister Fox got a reprieve from the Justice Department over the cancellation of her missionary visa.