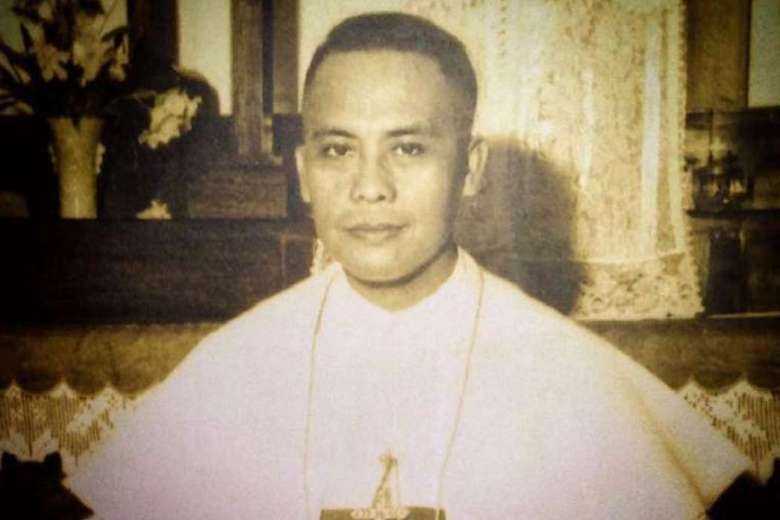 Archbishop Teofilo Camomot was dedicated to the poor. (Photo supplied)

The Archdiocese of Cebu has formally opened its search for miracles to advance the sainthood cause of a native-born archbishop who has been declared "venerable" by Pope Francis.

Last November the Vatican’s Congregation for the Causes of Saints declared Servant of God Archbishop Teofilo Camomot to have possessed heroic virtues.

“I thank the Lord for this great blessing to all of us that the Holy Father granted the title 'venerable.' Our prayers are answered. Now we continue to pray for a miracle for him to be declared as blessed,” Cebu priest Father Mhar Balili, who also serves as vice postulator for Camomot’s cause, told UCA News.

Because of the pope’s May 21 declaration, the archdiocese formally announced the search for miracles on May 22, as required by the Vatican.

After being declared venerable, the next step is beatification when one is declared blessed, Father Balili said.

“This [process of beatification] usually requires that the Vatican confirms that the person to be beatified performed a miracle by interceding with God,” Father Balili added.

“We received numerous testimonies from many people, in the Philippines and abroad, people who have said they were healed through the intercession of Archbishop Camomot, but none of them have qualified as a genuine miracle"

Two miracles are required before a blessed person can be declared a saint, according to Catholic law.

Father Balili, however, said it is not easy to declare an event a miracle because it requires medical or scientific scrutiny.

“We received numerous testimonies from many people, in the Philippines and abroad, people who have said they were healed through the intercession of Archbishop Camomot, but none of them have qualified as a genuine miracle,” Father Balili said.

For a miracle to be genuine, the person who gained it must be healed of a life-threatening and incurable illness that no medical doctor or scientist could explain, he said.

“Our search continues because until now we have not encountered a genuine miracle. Everything has to be assessed not just by church officials but by medical doctors and men and women of science,” the clergyman added.

Archbishop Teofilo Camomot was born on March 3, 1914, in Carcar, Cebu. He was ordained to the priesthood on Dec. 15, 1941. He was later nominated an auxiliary bishop of Archbishop Jose Cuenco of Jaro in Iloilo City in the Visayas region.

He founded the Carmelite Tertiaries of the Blessed Eucharist in Misamis Occidental in northern Mindanao in November 1959. The congregation later became the Congregation of Santa Teresa.

After staying for 12 years in the Mindanao region, he resigned as coadjutor archbishop and returned to Cebu in 1970. He died in a vehicle accident on Sept. 27, 1988. He was 74 years old.

In 2016, the Archdiocese of Cebu started the sainthood process by hearing 45 witnesses who personally knew the archbishop to testify on his life, virtue and sanctity.

In 2020, the archdiocese submitted its “position” on the archbishop’s life, virtues and fame of sanctity.

The archdiocese noted the archbishop’s life and attitude toward material things. “His dedication to the poor and detachment from material possessions were the trademarks of his ministry,” it said in a statement in 2019.