A volunteer administers the Sinovac Covid-19 vaccine to tricycle drivers during a vaccination drive for economic frontliners, organised by the vice president's office and city government, in Manila on July 20. (Photo: AFP)

A Philippine archdiocese has issued a letter to clergymen and churchgoers urging them to set aside doubts over the alleged use of aborted fetal cells in the manufacture of Covid-19 jabs and to get vaccinated.

Cagayan de Oro Archdiocese in northern Mindanao said it wants its clergy, religious and churchgoers to receive vaccines amid soaring cases of Covid in the country caused by the Delta variant.

“The Congregation for the Doctrine of the Faith in December 2020 declared that vaccination is morally acceptable against the Covid-19 virus,” Archbishop Jose Cabantan of Cagayan de Oro said in the Aug. 23 letter.

“All vaccines recognized as clinically safe and effective can be used in good conscience with certain knowledge that their use does not constitute formal cooperation with abortion from which the cells used in some aspects of research and production of the vaccine may derive.”

He said that in the absence of a means to prevent the pandemic, the common good requires vaccination, especially to protect the most vulnerable.

“Vaccination is not just to protect one’s own health but also to promote good within society. Thus, the act of vaccination can be 'an act of charity … an act of love of our neighbor and part of our moral responsibility for the common good,'" said Archbishop Cabantan, quoting a statement from the United States Conference of Catholic Bishops.

Vaccines are a profound way of promoting common good and caring for each other, especially the most vulnerable

The archdiocese’s letter followed rumors circulating in the Philippines that receiving a Covid-19 vaccine was immoral.

Anti-abortion groups have raised ethical objections to the vaccines alleging they were manufactured using cells derived from human fetuses aborted decades ago.

The archdiocese, however, said that Pope Francis has spoken on the morality of receiving the vaccines, saying it is a “moral obligation.”

It said vaccines are a sign of hope to end the pandemic to benefit the poor. 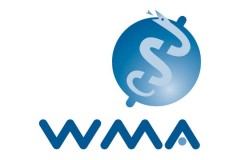 “Vaccines are a profound way of promoting common good and caring for each other, especially the most vulnerable. He [the pope] added it is an act of love for oneself, for one’s family and friends and for the people,” the archbishop added.

He also called for fair distribution of vaccines, especially in depressed areas among those who cannot afford Covid treatment.