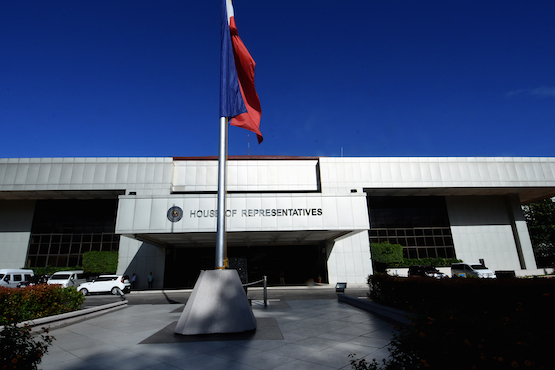 The Philippines' House of Representatives has passed a bill that favors capital punishment for drug-related offenses. (Photo by Angie de Silva)

The Philippines' Lower House has removed leading members who voted against a proposed death penalty bill from powerful positions in the chamber and on powerful congressional committees.

The move came on March 15, the last session day before Congress took a break for the Lenten season.

House Speaker Pantaleon Alvarez, an ally of President Rodrigo Duterte, had warned that House committee members who voted against the proposal would be replaced.

On March 7, the House of Representatives voted in favor of the reinstatement of capital punishment for seven drug-related crimes. At least 54 members voted against it.

Among those removed from a House committee was former president Gloria Arroyo, a supporter of Duterte who voted against the measure.

In a statement, Arroyo, who was Deputy Speaker, said her conscience made her vote against the death penalty bill.

"The issue of the death penalty touches the core of each person's fundamental view of human life," she said.

"I believe that the issue required a vote based solely on conscience and the deepest of personal convictions," said the former president.

Arroyo, a Catholic, abolished the death penalty in 2006 when she was president.

Leftist congressman Carlos Zarate, who also voted against the proposal said the move was "expected."

"We stand by our principled decision to vote no against the anti-poor death penalty bill," said Zarate, chairman of the Committee on Natural Resources.

He said the decision of the Lower House "does not speak well for the leadership" who resorted to "arm-twisting and railroading just to ensure the passage of an anti-poor death penalty bill."

A total of 11 leading members were stripped of their positions.

Speaker Alvarez said there is no stopping the majority party in Congress from punishing allies who refused to toe the line despite his repeated pleas for support.

"If that will be seen as burning the bridges, then so be it," said the House leader.

Catholic Church leaders, meanwhile, vowed to convince at least 16 of the country's 24 senators to reject the revival of capital punishment in the country, a campaign promise of Duterte in 2016.

Rodolfo Diamante, head of the Philippines Episcopal Commission on Prisons, said there is still a chance the senators will reject the proposal.

The church-backed Anti-Death Penalty Task Force has already listed eight senators against the re-imposition of capital punishment, while six senators are seen to favor the proposal.

The position of at least 10 senators is still not known, according to the group.

Diamante said the list is based on senators' pronouncements. "We might be able to get some of them. We just need to talk and appeal to them," he said.

Duterte emphasized the importance of the passage of the death penalty bill during a meeting with congressional leaders on March 13.

The president said he wants the imposition of capital punishment to serve as a deterrent to would-be criminals. "What’s the purpose of criminal law? It’s retribution," he said.

There was a moratorium on capital punishment in the Philippines from 1987 until 1999 when executions resumed.

Duterte, however, vowed to re-impose capital punishment to deter crimes and to fight the proliferation of illegal drugs.