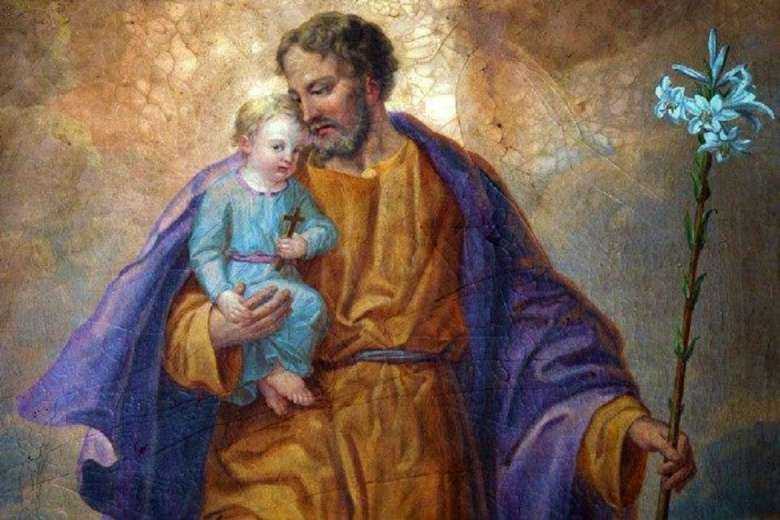 An image of St. Joseph and the child Jesus. (Photo supplied)

The Catholic Bishops’ Conference of the Philippines is forming a group of male churchgoers from dioceses across the country to spread devotion to St. Joseph.

Manila apostolic administrator Bishop Broderick Pabillo said the primary mission of the group, which has yet to be named, would be to introduce the life of St. Joseph to Filipino men to emulate the saint’s virtues as head of the Holy Family.

“Part of the legacy we bishops would like to leave people during this year of St. Joseph is to form a national organization or group dedicated to St. Joseph for his devotion,” he told an online press conference on March 10.

He said the bishops were pushing to convene parish-based groups across the country to form a national body specifically to spread the devotion.

The bishops have been working with Italian congregation Oblates of Saint Joseph regarding the consolidation of various groups.

The congregation, founded by Italian saint Joseph Marello in 1878, has been in the Philippines since 1915 helping parishes in their catechetical work.

“We are coming up with a common policy, activities and guidelines to set up this group,” Bishop Pabillo said.

With new challenges facing families, he hoped the group would inspire Filipino fathers to steer their children toward Christian values.

“Hopefully, this group of men can carry on this devotion and in order to make our men more modeled according to St. Joseph, especially fathers in our families,” he added.

Pope Francis announced last year that 2021 would be dedicated to St. Joseph as the Catholic Church celebrates the 150th anniversary of the saint’s proclamation as the patron saint of the universal Church.

Male churchgoers said having a male group in the Catholic Church was “unusual” as many groups were dominated by women.

“This is a good initiative by the bishops. There are few groups in the Catholic Church that are exclusively for men. In fact, in our parish, we only have the Knights of Columbus and the extraordinary ministers who give communion,” said Manila churchgoer Wilmer Haboc.

“St. Joseph is the husband of Mary and the head of the Holy Family. Given the many issues that confront our families, it is best that men have a group where we could also share our sentiments and faith … a group that would give us an opportunity to be better fathers and husbands,” he said.

Another churchgoer said the new group’s spirituality would hopefully help curb violence in the Philippines.

“If this group is about making males better Christians, then I hope there will be no extrajudicial killings since most participants in these killings were men,” churchgoer Kim Dilanganen told UCA News.