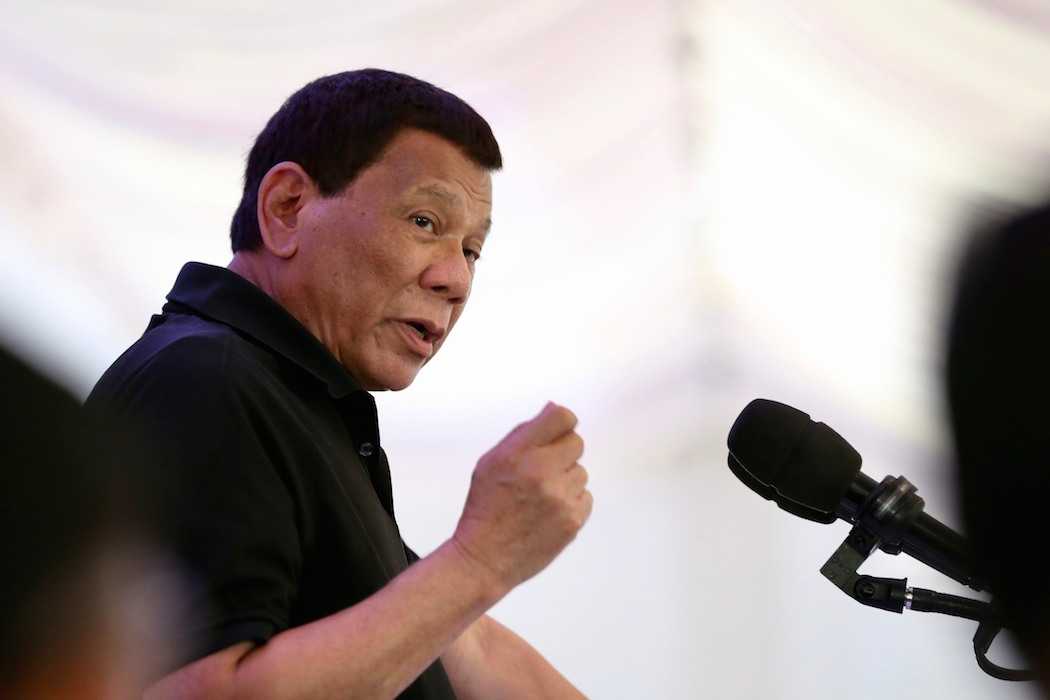 President Rodrigo Duterte speaks to vice mayors from around the country in Bohol province on June 28. (Photo courtesy of the Presidential Communications Office)

Philippine President Rodrigo Duterte should talk with the country's religious leaders in person and not use representatives, according to a senior church official.

Father Jerome Secillano, executive secretary of the public affairs committee of the Catholic bishops' conference, said "actual dialogue" with the president would be better.

Early this week, Duterte named a four-man team to talk with church leaders to end a spat following recent tirades he made against God, Christianity, and churchmen.

The priest said the meeting should be between Archbishop Romulo Valles of Davao, president of the bishops' conference, and Duterte.

The president who hails from the southern Philippine city of Davao has claimed that the prelate is his friend and even baptized Duterte's grandson.

He said a meeting with the president would be better because if a representative says something, [Duterte] can easily change the meaning.

"But if it is the president who says something ... he can be held accountable," said the priest.

On June 28, Father Secillano met Pastor Boy Saycon, an emissary appointed by the president to talk with the Catholic bishops.

The priest said the meeting was "not yet the dialogue that we speak of."

"I was just tasked to hold preliminary talks to give our feedback," said Father Secillano, adding that it would be the bishops who will decide who will take part in an actual meeting.

He said he expects a decision to be made before the bishops' conference starts its plenary assembly on July 7.

Saycon, meanwhile, said the dialogue aims to seek "understanding from the Church" and "tolerance" of Duterte's pronouncements.

"[The president] is rough with his words," said Saycon.

Saycon said Duterte might attend the dialogue. "The chances of him attending are very high," he told reporters after meeting with Father Secillano.

Archbishop Valles earlier welcomed the call for a dialogue, saying it is "always good" and that "to dialogue is to listen to one another."

Presidential spokesman Harry Roque Jr., however, said the president's tirades were only in response to criticisms leveled against him by Catholic Church leaders.