Project located in natural watershed area would only deepen water shortages, they say 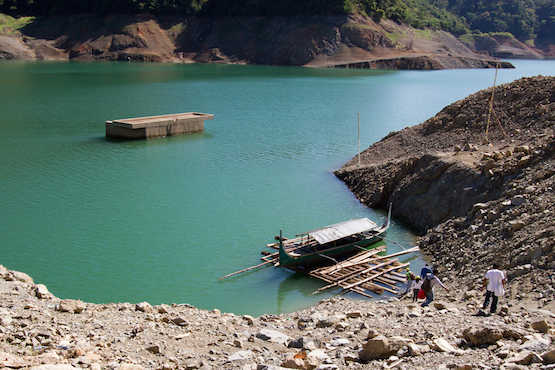 Philippine church and pro-environment groups have warned against the building of a dam north of the capital Manila that will reportedly destroy a 10,000-hectare forest.

"It does not make sense," said Father Pete Montallana, a Franciscan who heads the group Save Sierra Madre Network Alliance.

"They want to destroy the ecosystem and cut more trees that are the source of water, air, and food to create dams to supply water," said the priest.

He said the project would also displace some 1,500 families.

Water utility companies had earlier warned that the Philippine capital is "at a very high risk" of water shortages unless the government finds a way to supplement existing water sources.

The government has been working on the construction of a US$387-million dam project that will traverse a complex of mountain ranges in Quezon province.

But Columban Father John Leydon, co-convener of the Global Catholic Climate Movement, said building new dams in a watershed would only worsen the water crisis.

He said building a new dam would only benefit private water companies that pursue their business interests "without considering the welfare of the environment and the people."

"They will build another dam because metro cities need more water as if the rest of the Philippines is there to serve the needs of the metropolis," Father Leydon told ucanews.com.

He said the building of the dam in the Sierra Madre Mountains "does not give thought that people's culture and way of life as well as their ecosystem will be destroyed."

Father Montallana said there are already technologies that prevent water crisis without destroying the environment.

The priest cited Singapore, which uses technology to collect, recycle, and desalinate water.

The priest said, "there is no other way" to improve water supply than to protect the forest.