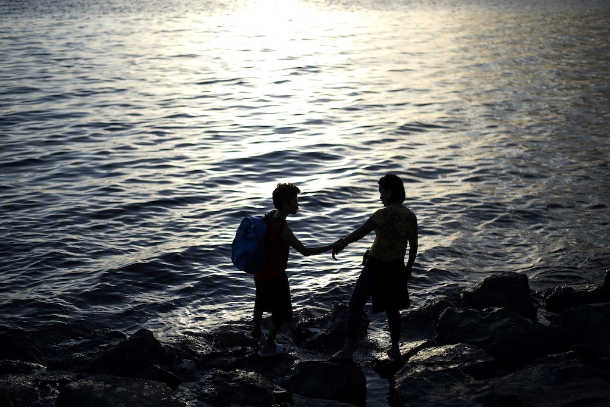 Heavily Catholic Philippines and the Vatican are the last two places where divorce is outlawed. (Photo: Noel Celis/AFP)

A Philippine Church official has expressed surprise over the speedy acceptance of a bill in the country's parliament that would legalize divorce.

The House Committee on Population and Family Relations approved the bill, which has been opposed by church leaders. "I was surprised at the speed at which the committee accepted the bill," said Father Jerome Secillano, executive secretary of the public affairs office of the Catholic bishops' conference."I was expecting exhaustive deliberations and discussions would be conducted on the measure," he said, adding that the public deserves to know what is in the bill.Bishop Arturo Bastes of Sorsogon described the acceptance of the proposed measure as alarming. "I hope Congress will not approve it. More family problems will be created with divorce," said the prelate.Father Melvin Castro, spiritual director of the group Pro-Life Philippines, said "exhaustive discussion" on the issue should have been carried out."With the sensitivity of the issue and the magnitude of its effects, Congress should allow open, honest and exhaustive discussion and debate on the issue of divorce," he said.The Catholic Council of the Laity of the Philippines earlier issued a statement expressing opposition to the divorce bill. The group said the catechism of the Church clearly provides that divorce is "immoral" because it introduces disorder into the family and into society."This disorder brings grave harm to the deserted spouse, to children traumatized by the separation of their parents and are often torn between them," read the statement."It is our hope, therefore, that the Philippines shall forever stand as a beacon of hope for the family and society." Deputy Speaker Eddie Villanueva, a Christian pastor and head of the Citizens’ Battle Against Corruption Party, objected to the approval of the bill."The passage of a divorce bill is practically unnecessary," said the legislator."First, it does not address the high cost of litigation and slow-grinding disposition of cases, which are the real problems encountered by those seeking relief from troubled marriages."Second and more importantly, it is in clear defiance of God and to the constitution because it will terribly degrade the sacrosanct nature of marriage as an inviolable institution." The House Committee on Population and Family Relations approved in principle on Feb. 6 the Marriage Dissolution Bill, a measure equivalent to divorce in other countries.The Philippines, aside from the Vatican, is the only state that does not have any law on divorce.