Important lessons were learned for 2016 polls 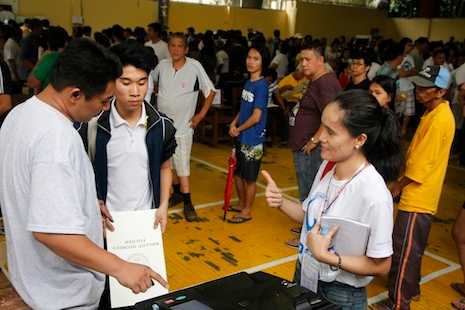 Catholic groups admitted defeat in the May 13 elections, saying much work has to be done to form a "Catholic vote" in the country.

The Council of the Laity of the Philippines, which led the "White Vote Movement" that endorsed the candidacy of politicians who are against the Reproductive Health Bill, said it learned its lessons.

"We discovered some loopholes but there is always room for improvement," said lawyer Aurora Santiago, president of the Catholic Council of the Laity, yesterday.

"We had such little time and few resources," said Linda Valenzona of Catholic Vote Philippines, which led "political catechesis" in different parts of the country before the elections.

Valenzona, however, said educating Catholics to apply the teachings of the Church to political life "has been a fulfilling task.”

Father Melvin Castro, head of the Commission on Family and Life of the bishops' conference, said "name recall" is still crucial in Philippine elections.

He cited the victory of Grace Poe, daughter of the late action star Fernando Poe Jr., as an example. Poe, a first time candidate, topped the senatorial race over seasoned and traditional politicians.

"If we want our candidates to win in 2016, as early as now we should already familiarize the people with them," Fr Castro said.

A pro-RH group, meanwhile, said the victory of many reproductive health advocates in Congress and even in the provinces was an affirmation that "leaders of the Catholic Church cannot dictate the results of elections."

"There is no Catholic vote and no black propaganda of the Church that can steal victory from candidates who advocate reproductive health," said Rom Dongeto, executive director of the Philippine Legislators' Committee on Population and Development.

The group pushed for the enactment of the controversial reproductive health measure, which was opposed by Church leaders for endorsing the use of artificial contraceptives.

Data from the partial tally of election winners show 94 percent of more than a hundred pro-RH candidates ahead in their respective districts and party list system.

Six of the seven senatorial candidates endorsed by pro-RH groups are front-runners in the senatorial race while none of those endorsed by Catholic groups figured in the elections.

Santiago of the Council of the Laity said her group would start laying the groundwork early to familiarize voters with Church-related issues in preparation for the 2016 elections.

"We are expecting more groups to join our crusade. Our campaign does not stop in 2013. We have to get ready this early for 2016," Santiago said. The Philippines will hold presidential elections in 2016.

"With the commitment and dedication of everyone [the Catholic vote] will rise up again to the challenge in 2016," said Valenzona.