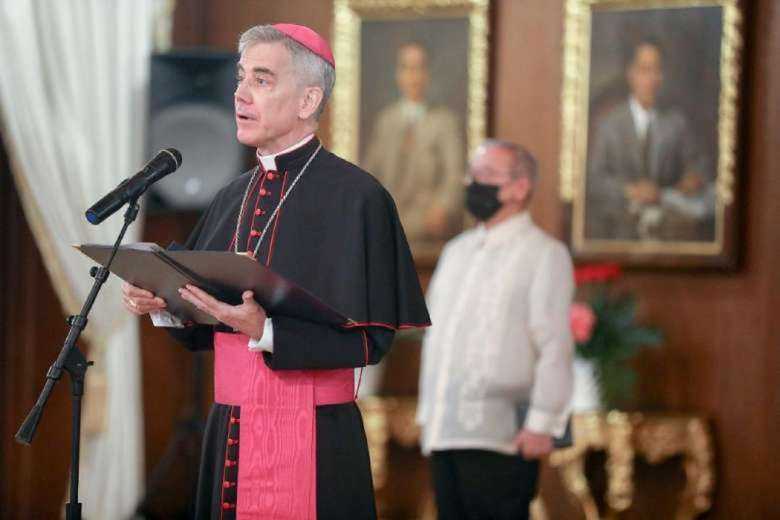 Two church groups have issued warnings telling Catholics to beware of at least one fraudster seeking money by posing as the apostolic nuncio — the pope’s representative in the Philippines.

The reports came as the bishops' conference issued a warning about bogus email messages circulating that claim to be from the nuncio, Archbishop Charles Brown.

The San Lorenzo de Manila group in Cagayan de Oro Archdiocese in Mindanao said a Caucasian male in his 50s had sought donations from its members by claiming he was Archbishop Brown.

He wore a white barong shirt with a pectoral cross, the normal attire of bishops in the Philippines, the group said.

One of the group’s members claimed the man even offered to officiate at their summer recollection.

“He claimed to be Archbishop Brown. It was quite believable because he really looked like him and he was with a secretary and driver who claimed to be from the nunciature in Manila,” Cagayan de Oro parishioner Ted Rabuyo told UCA News.

“He blessed one of the stores in the city. He was in bishop’s clothes and introduced himself as the papal nuncio. The way he conducted himself, he must have fooled everybody present"

He said he met the bogus bishop during a blessing of a department store in the province.

“He blessed one of the stores in the city. He was in bishop’s clothes and introduced himself as the papal nuncio. The way he conducted himself, he must have fooled everybody present,” Rabuyo added.

Another group called the Santa Rafaela women’s group in Iloilo province in the central part of the country said they also encountered a bogus Bishop Brown on one of their summer excursions.

The group said they were approached and asked them if they wanted the nuncio to celebrate Mass for them.

“Of course, we were all delighted to hear Mass from the pope’s representative. There were only 15 of us, so we went to a private chapel to hear it,” Iloilo resident Bien Magao told UCA News.

Afterward, when money had changed hands, he immediately made his excuses and left. “He did not even want us to have a picture with him,” he said.

The two groups said they had already reported the incidents to their local dioceses.

Meanwhile, the Catholic Bishops’ Conference of the Philippines has released an advisory warning the public of an online scam involving fraudsters claiming to be the papal nuncio.

“The scam targets those using Yahoo Mail by asking them to enter their login details to receive confidential messages. It is a phishing attempt to get their account details,” conference secretary-general Msgr. Bernardo Pantin told reporters on May 20.

He advised people not to reply to suspicious messages because the apostolic nunciature would not communicate with people in such a manner.