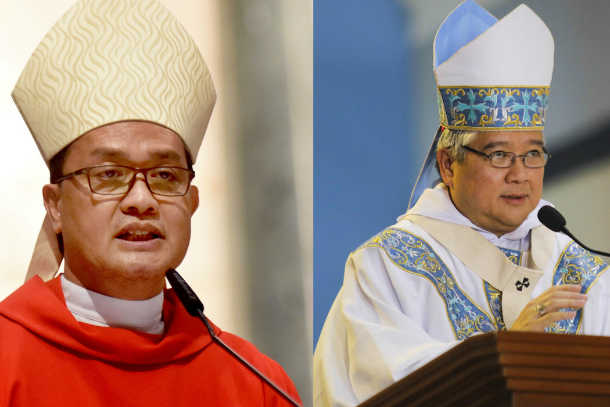 Two Catholic bishops in the Philippines have denied allegations they were part of a plot to topple President Rodrigo Duterte.

The bishops were linked to the making of a video that accused the Duterte family of having links to the illegal drug trade. A man claiming to be in the video said he met Archbishop Socrates Villegas of Lingayen-Dagupan and Bishop Pablo Virgilio David of Kalookan before the video was made.

Peter Joemel Advincula said he met with a number of Duterte critics, including the two bishops, before the release of the video linking Duterte’s family members in the illegal drugs trade last month. Advincula named Bishop David and Archbishop Villegas being among those involved in "Project Sodoma," an alleged plot aimed at destroying the credibility of the Duterte administration. In a statement released on June 6, Archbishop Villegas said he was elsewhere celebrating Mass when the alleged meeting supposedly transpired. "As a mortal being like the rest of us, I have no capacity to be in two places at the same time," read the prelate's statement. The former head of the Philippine Catholic bishops' conference said he could not and "will never lend a hand to the use of illegal or violent means for social change." "I believe in the power of electing officials; that is why I have tried my very best, as a priest and as a Filipino, to morally guide the people entrusted to my pastoral care," said Archbisho Villegas. Advincula, who earlier submitted a sworn affidavit to the police, claimed that the archbishop was present at a meeting on Dec. 12 at the Jesuit Residence at Ateneo de Manila University. Bishop David, current vice president of the bishops' conference, also denied the allegation linking him to the alleged plot against the president. "I wish to make it clear that I have never had the privilege of meeting with Senator (Antonio) Trillanes in person," said the bishop. Trillanes, an opposition legislator, was also among those accused of being behind the anti-Duterte video. In his statement, Bishop David called on authorities to put more time and effort into investigating drug-related killings than giving credence to "lies." National police chief Oscar Albayalde said the bishops "may be summoned to shed light on the accusations being leveled against them." The police chief, however, said investigators still have to determine whether the claims by Advincula, who was described by police as a "peddler of fake information," have enough basis. "We don’t take [his claims] as the gospel truth. He has to substantiate his statements with evidence," added Albayalde.