Philippine bishops back use of marijuana for 'strictly therapeutic grounds' 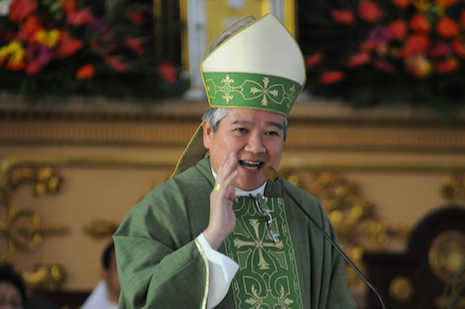 Archbishop Socrates Villegas, president of the Catholic Bishops' Conference of the Philippines. (Photo by Roi Lagarde)

The Philippines' Catholic bishops have clarified that the Church supports the use of marijuana "on strictly therapeutic grounds".

"The highest teaching authority of the Church allows for the palliative and compassionate use of narcotics particularly in the case of the terminally ill," Archbishop Socrates Villegas, president of the Catholic Bishops' Conference of the Philippines, said in a statement Aug. 16.

The prelate issued a statement titled "Pastoral Guidance on the Compassionate Use of Cannabis" amid a heated debate in the Philippine Congress over a proposal to legalize the use of marijuana for medical purposes.

In July last year, the country's Catholic bishops issued a statement saying that patients should be able to use marijuana "to manage pain especially in the last stage of their ailment".

Recently, however, the prelate said "some of our Catholic faithful have come to us their bishops to seek moral guidance on the so called 'compassionate use of cannabis or marijuana'."

"In the spirit of pastoral concern, we respond gladly to the expressed need for moral guidance," Villegas said, adding that the Church, "as prophetic, must exercise its teaching office and must offer the faithful guidance and instruction".

The prelate clarified that the bishops have "nothing to say authoritatively" in matters pertaining to the establishment, operation and mechanisms of the regulatory agencies of the state, "except when these agencies and their operations become instruments of injustice or perpetrators of wrong".

Villegas said in the "pastoral guidance" that substance abuse and drug dependence are wrong.

He said that while the government must be vigilant to prevent abuse, the family and community must also do its part.

Representative Rodolfo Albano, principal author of the legalization proposal, said at least 100 legislators support the bill. He said he is hoping that the proposal will pass the scrutiny of Congress before next year's elections. There are 289 seats in the House of Representatives.

"The support of one of the major voices of the influential Catholic Church in the country strengthens [the bill]'s chances of being seriously considered and passed," the legislator said.

If enacted into law, the Philippines will be the first country in Asia to legalize the medical use of marijuana.