Philippine bishop pledges to fight for justice in new mission 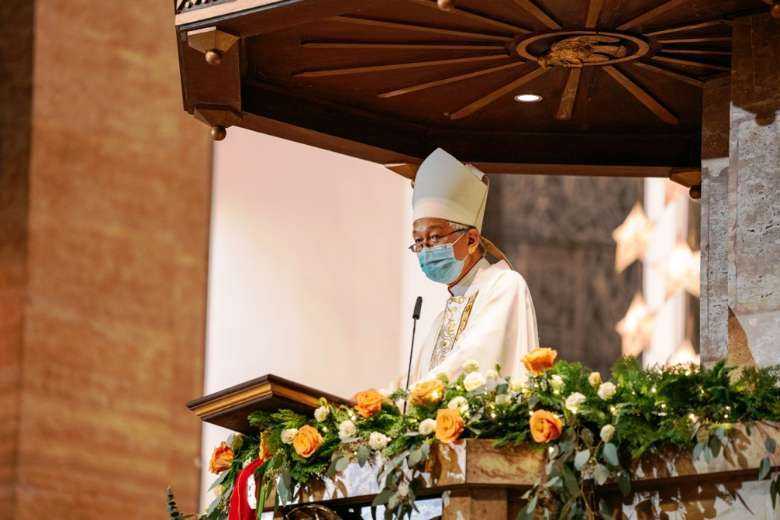 Bishop Broderick Pabillo, one of the most courageous voices against Philippine President Rodrigo Duterte, will now lead the Catholic Church in northern Palawan.

The former apostolic administrator of the Archdiocese of Manila was installed as the second vicar of the Apostolic Vicariate of Taytay on Aug. 19.

Bishop Pabillo, whose appointment by Pope Francis was announced on June 29, has promised to continue the fight for justice and human rights away from Manila.

“A good shepherd lays down his life for his sheep. This is the sacrifice of Jesus Christ that we commemorate every Mass … I will try my best to give my all to you. I am for you now. I will devote myself to serve you all. I will not refrain from speaking and doing things to save you from harm and deception,” Bishop Pabillo said in his homily during the installation.

“I will not only immerse myself in the local Church. I will devote myself to the poor, especially to those who are on the peripheries and in the margins of society. I hope you will accept my presence,” he added.

My only goal is to enlighten people to the truth, promote justice, preserve the environment that is God’s gift for all and not just the few

The prelate said his Episcopal motto, Fides in Caritate (faith through love), summarized his mission as bishop.

“My only goal is to enlighten people to the truth, promote justice, preserve the environment that is God’s gift for all and not just the few, and uphold the right of every person,” he said.

“Our faith is dead without charity or good works. Without our commitment to the common good like speaking out on issues that impact the people and trying to make a change, it cannot be said that we follow Christ,” he said.

Bishop Pabillo served as Manila archdiocese’s apostolic administrator from February 2020 to June 2021 after Cardinal Luis Antonio Tagle left Manila for the Vatican to assume his post as prefect of the Congregation for the Evangelization of Peoples.

During his stay in Manila, he became a staunch critic of Duterte’s war on illegal drugs and corruption in government.

He also criticized his fellow bishops and clergymen for not speaking out against the injustice in Philippine society. “Sad to say, we church leaders take refuge in our silence. We are like watchdogs who have lost the courage to at least bark,” he said on April 25.

“If we do not help the needy, ignore the exploited, or let the ordinary people be deceived and misled, then we do not have true faith, we are not real believers of the Gospel,” he maintained.