Philippine President Rodrigo Duterte presides over the final briefing on the 30th Association of Southeast Asian Nations summit in Manila on April 26. (Photo by Albert Alcain)

Share this article :
The case filed against Philippine President Rodrigo Duterte before the International Criminal Court (ICC) in The Hague is a "very good step" toward stopping drug-related killings, a Catholic bishop said. "It is our hope that this move will inject fear into the hearts and minds of the accused officials so that they will eventually and sincerely put a stop to these merciless killings," said Bishop Arturo Bastes of Sorsogon. The prelate said the ICC should "take serious action against the continuous and seemingly condoned violation of human rights in the Philippines." "Filing a complaint at the ICC is a good move for the whole world to know that crimes against humanity, seemingly sanctioned by the government, are being committed in this Christian country," said Bishop Bastes. A complaint of "mass murder" was filed against Duterte and 11 other Philippine officials for alleged crimes against humanity brought about by the drug-related killings.
Related News Why are they killing people in Catholic Philippines? 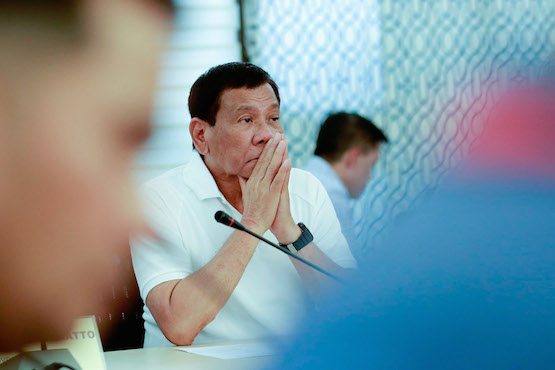 The 77-page complaint titled "The Situation of Mass Murder in the Philippines, Rodrigo Duterte: The Mass Murderer" alleges that Duterte masterminded the killings of suspected drug users and dealers. In the Philippine Senate, Senator Panfilo Lacson, a Duterte supporter, said the case against the president is "dustbin bound" for lack of solid evidence. "I am almost certain that the complaint is as good as without merit," said the senator. Senator Risa Hontiveros said she was "saddened" that some members of the Senate were included among those charged before in the international court. Also accused of violating various provisions of the "Rome Statute" are two sitting senators. The "Rome Statute" is a treaty that established the International Criminal Court, which is responsible for trying perpetrators of genocide, crimes against humanity, war crimes, and the crime of aggression. The Philippines ratified the statute in August 2011. "I hope that they will respond to these accusations appropriately and satisfactorily," said Hontiveros. The presidential palace dismissed the complaint as mere "black propaganda."