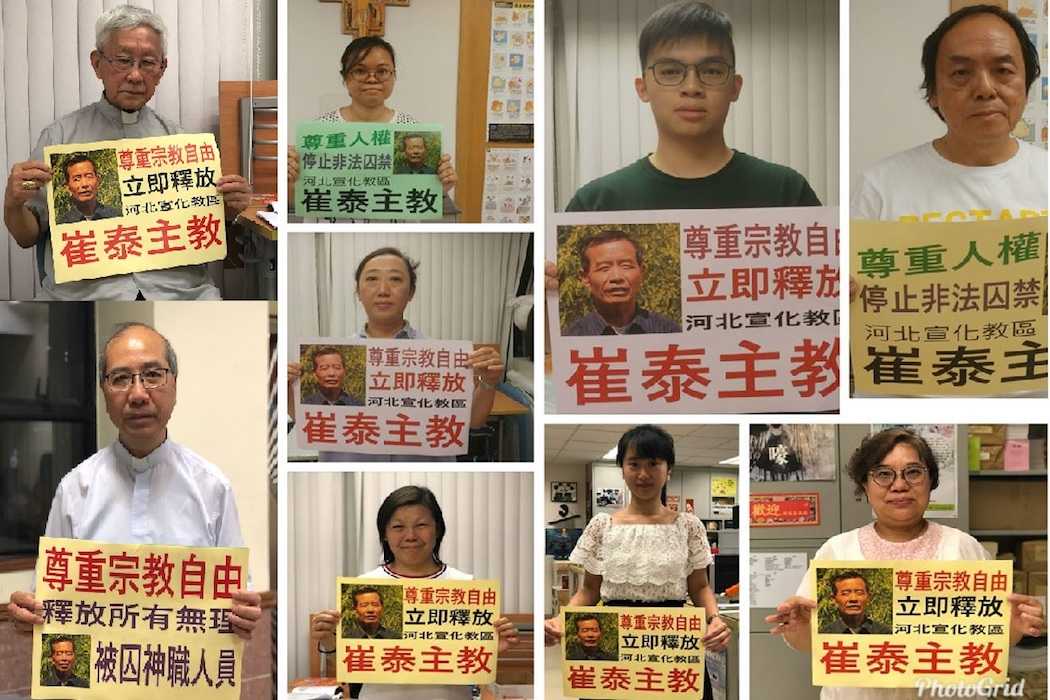 A petition has been launched urging the Chinese government to release underground Coadjutor Bishop Cui Tai of Xuanhua in Hebei province.

The Justice and Peace Commission of Hong Kong initiated the petition for the bishop, who was taken away by authorities in mid-April and whose whereabouts are still unknown.

Since 1993, Bishop Cui has been repeatedly subject to detention and house arrest or sent to labor camps by authorities for illegally preaching or holding illegal religious assemblies.

Since 2007, he has only been allowed to go home for a few days to visit his elderly sister for festivals such as the Lunar New Year and the Mid-Autumn Festival.

Project officer Or Yan-yan told ucanews.com that the case was very serious as Bishop Cui has been in poor health in recent years with severe gastritis, neurasthenia and dizziness.

The commission has sent a statement to the United Nations High Commissioner for Human Rights and has appealed to the public to sign the petition. Cardinal Joseph Zen Ze-kiun of Hong Kong is among 300 people who have signed the petition, which will be sent to foreign consulates in China.

Or said human rights were universal and she believed many countries would pay attention to the case.

The commission's statement said Bishop Cui upholds the freedom of belief and conscience, rejects the government's religious policy that violates the principle of faith, and refuses to accept the leadership of the Chinese Catholic Patriotic Association.