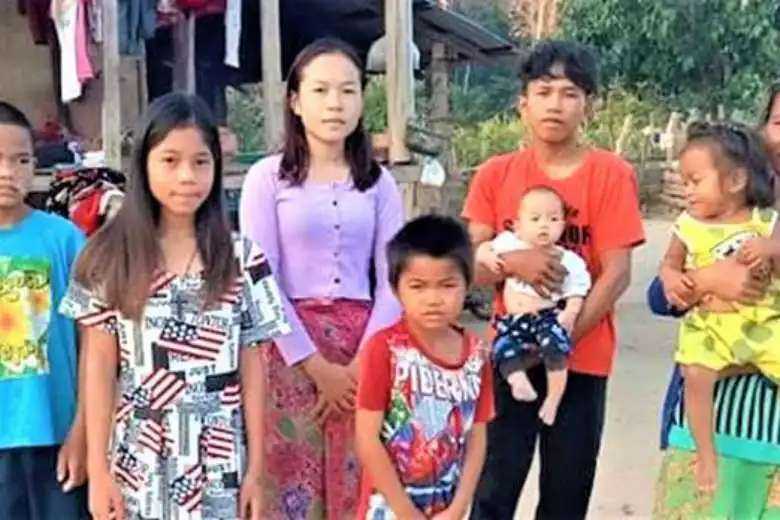 Members of a Christian family who were attacked and forcibly displaced by villagers in southern Laos for their faith are now facing pressure from officials over social media posts describing their ordeal.

Officials from Phalanxay district in Savannakhet province called the family members on March 15 and asked them to remove social media posts and videos detailing how villagers led by the village chief had carried out two attacks on the family, Radio Free Asia reported on March 24.

A local Christian leader who declined to be named said the authorities demanded removal of the posts and videos showing attacks on the coffin of the family head on Dec. 6 and the burning of their house in Dong Savanh village on Feb. 9 in exchange for help.

The authorities, the leader said, also asked the family to alter the posts to remove any accusations against the village chief.

Following the burning of the house, police who investigated the incident reportedly made similar demands to the family seeking removal of the posts and videos.

The family members, however, refused to remove the posts and videos on both occasions and instead vowed to lodge complaints with provincial and central governments.

Local people blocked his burial and the funeral procession came under attack. The attackers hit the coffin with sticks and struck pallbearers with clubs

The 12-member family, who belong to the Evangelical Church of Savannakhet, have been facing abuse from Buddhist villagers who were allegedly angry over their practice of “a foreign religion.”

Seng Aloun, a widow and head of the family, said that when her husband died on Dec. 4, they took his body in a coffin to the village cemetery. Local people blocked his burial and the funeral procession came under attack. The attackers hit the coffin with sticks and struck pallbearers with clubs.

The family buried the body on their rice field the next day despite objections from villagers.

On Feb. 9, the village chief led a mob that burned their house to the ground, forcing the family to flee to the forest for shelter.

Seng Aloun is struggling to raise her children alone and the crisis has worsened since the burning of their house and seizure of their rice field by Buddhists.

She said that on several occasions government officials promised to help the family and find the arsonists, but nothing has happened so far.

“Right now, we still live in the forest outside the village. Nothing has been resolved,” she told RFA.

A member of the Evangelical Church of Savannakhet lamented the state’s inaction to support the family because under Laotian law, the government is bound to offer assistance to a family persecuted for faith and pursue legal action against the perpetrators.

He said he was worried because it seems the authorities don’t respect the central government’s legal protection for minorities like Christians.

Rights groups have documented a series of attacks against Christians in Laos in recent years even though the Buddhist-majority communist nation of some 7 million passed a national law in 2019 that allows freedom of religion with certain limitations.

The law grants rights to Christians to conduct religious services, to preach and to maintain networking with fellow members in other nations on condition that they must fund their own churches and abide by Laotian laws and regulations.

However, the law has little to no effect in many areas, especially in rural parts of Laos, where Christians face harassment and expulsion routinely for their faith as many Buddhist villagers view Christianity as an alien faith.

Following the latest incident, the Alliance for Democracy in Laos, an overseas group monitoring rights situation in Laos, has called on the UN's human rights office (OHCHR) to pressure the Lao government to respect religious freedom and assist the victimized family immediately.

The group sent a statement to the OHCHR Southeast Asia office on March 17 strongly condemning violence against the family and government inaction as well as pressure on the family to remove social media posts.

JOE DS
Terrible this persecution of Christians ! Jesus have mercy ???? on us !
Reply