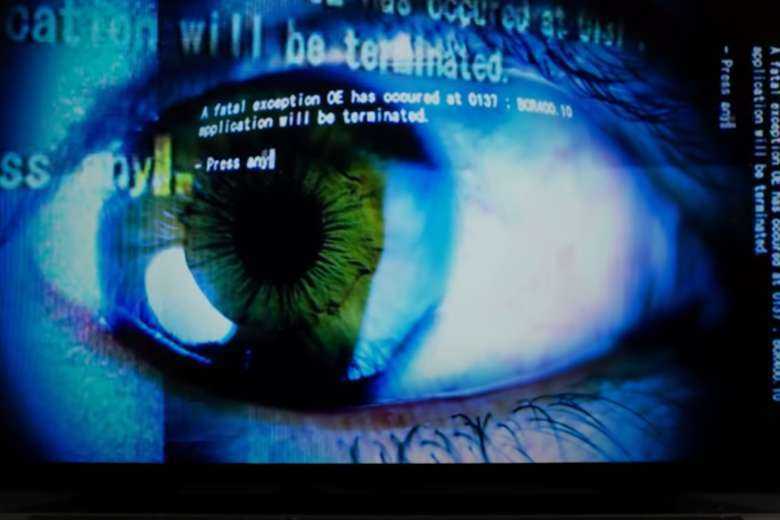 The Indian government is accused of snooping on at least 300 prominent citizens. (Photo: YouTube) 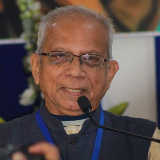 Pegasus is in the news! No, not the immortal winged horse from Greek mythology or the one whose soaring flight was interpreted in ancient times as an allegory of the soul’s immortality.

Pegasus in its latest avatar is far from the mythical creature of old or even the symbol of poetic inspiration in modern times.

It is dangerous Israeli spyware and has become a metaphor for all that is rotten and corrupt in a country like India; of a government that can stoop to abysmal depths to spy on its own citizens, especially the voices of dissent who uphold justice and truth.

The first "Snoopgate" scandal came to the limelight in late 2019 when it was discovered that the Pegasus spyware was used to hack into the phones of roughly 1,400 users around the world, including 21 Indians.

The latest sensational revelations are far more serious, with the Indian government reportedly snooping on at least 300 prominent citizens including journalists, human rights activists, political opponents and even current and former government officials.

Of far more concern is the targeting of lawyers, activists and academics connected with the Bhima Koregaon case, besides a lady staffer of the Supreme Court who had accused Ranjan Gogoi, then chief justice of India, of sexual harassment.

We have witnessed the unfortunate custodial death of the Indian Jesuit priest Stan Swamy recently and are also aware of how so-called evidence had been planted in the computers of some of those unjustly detained in the Bhima Koregaon conspiracy case.

The lady staffer ran from pillar to post seeking justice but her pleas fell on deaf ears and she ultimately lost her job as a junior assistant in the Supreme Court.

Gogoi was made a member of the upper house of parliament after his retirement for reasons best known to the powers that be, while the victimized woman and several of those connected with her were put under surveillance.

Human rights defenders, legal luminaries and intellectuals are calling on Gogoi to resign now to facilitate an impartial review of all the judgments favoring the government during his tenure at the apex court.

The above are but two glaring examples of how the government has thrown all propriety to the wind, stooping to an unbelievable and unacceptable low level to suppress truth and justice in the country.

It is blatantly obvious that the current Indian regime is afraid of those who expose their misdeeds and misrule, the corruption and communalism it is steeped in, and the scandals and the sleaze which have become its forte.

Its shenanigans have placed India in a worldwide list of countries where some 50,000 phone numbers were leaked. Apparently, these numbers were clustered in 10 countries: Azerbaijan, Bahrain, Hungary, Kazakhstan, Mexico, Morocco, Rwanda, Saudi Arabia, United Arab Emirates and India.

The Washington Post, part of the consortium which did the exposé, revealed that the phone numbers of 14 heads of state were on the list as people of interest, besides containing phone numbers for more than 600 government officials and politicians from 34 countries.

They were potentially targeted with the help of Pegasus spyware that seeks to break the protections built into computer and phone operating systems to infiltrate them. Once the system is exploited, it seeks out the target’s private data, including passwords, contact lists, calendar events, text messages and live voice calls from popular mobile messaging apps.

The operator of the spyware can even turn on the phone’s camera and microphone to capture activity in the phone’s vicinity.

Reacting to the global exposé, the Israeli NSO group went into denial mode while confirming that it sells the tool only to governments and cannot be held responsible for its misuse.

The Indian government, as expected, took recourse to its usual lies, half-truths and obfuscation.

But then, those in authority are generally known to keep tabs on others, to spy or snoop on people for whatever reason. At most times, they justify these acts saying that it is for the good of the country.

Fascist regimes are known to go 10 steps further because of their own insecurity and the constant threat they feel that their own wrongdoings will be exposed. They try to falsely build up a case against their opponents. In this, they have the help of the law-and-order mechanism.

We see all this happening in India with frightening regularity.

Barring the ruling regime, their ilk and their crony capitalist friends, most of the country is up in arms about the Pegasus scandal

The many incarcerated under the draconian anti-terrorism law, the Unlawful Activities Prevention Act (UAPA), is a glaring example of how the Indian government throttles dissent.

Barring the ruling regime, their ilk and their crony capitalist friends, most of the country is up in arms about the Pegasus scandal and wants the government to come upfront with the truth.

In a tweet on July 26, Congress leader Shashi Tharoor said: “Opposition demands have been clear from the beginning: discuss #PegasusProject with prime minister or home minister present, not just IT minister, and conduct a Supreme Court-monitored investigation to establish the facts. Then parliament can do the rest of its work undisturbed.”

On July 28, several opposition parties met in Delhi to chalk out a strategy to take on the government over the Pegasus phone-hacking scandal, triggering massive protests and repeated adjournments of the monsoon session of parliament.

Congress MP Rahul Gandhi told media persons in Delhi that “the prime minister has inserted a weapon in our phones and the government is now trying to silence opposition parties demanding a discussion in parliament on this act of treason and anti-nationalism.”

Not only politicians but citizens too have been demanding a thorough investigation into the Pegasus affair. Editorials in leading dailies and online media have condemned the heinous act of the government. Social media is brimming with calls for Narendra Modi and Amit Shah to be held responsible.

An online petition signed by thousands of eminent citizens stated that “while we ask the Indian government to come clean on the findings of this investigation, we must work towards a broader global alliance that challenges such surveillance and the collusion of governments to gain access to technology built to violate human rights, like in the case of Israel.”

The petition also called for sustained struggles to end the purchase of cyber-surveillance technology from NSO group and other such companies using public money, end the surveillance and repression against Indian citizens, and end military and security ties with apartheid Israel

If surveillance of this kind was carried out, it is a violation of the fundamental right to privacy, they argued.

In a separate petition addressed to the country’s top court, another group of citizens said: “The Supreme Court has the power and duty to ask these questions, and it must speak for us.”

On July 26, veteran journalists N. Ram, a former editor of the Hindu newspaper, and Sashi Kumar, chairman of the Asian College of Journalism, filed a petition in the Supreme Court seeking a court-ordered investigation into the Pegasus revelations.

Their petition read: “It is also concerning to note that the respondents [the union government] have not categorically ruled out obtaining Pegasus licenses to conduct surveillance in their response, and have taken no steps to ensure a credible and independent investigation into these extremely serious allegations ...”

If surveillance of this kind was carried out, it is a violation of the fundamental right to privacy, they argued.

Already in 2019, the Supreme Court had asserted the right to privacy as a fundamental right.

Unfortunately, the response from the federal government only suggests that its agencies were involved in spying on Indian citizens. It is only trying to escape responsibility and accountability by labeling anyone questioning them as “anti-national.”

The Pegasus scandal throws up several key concerns, which violate the rights of the ordinary citizen including the right to privacy, the right to freedom of speech and expression and the right to dissent.

There are also issues of the mind-boggling amount of money spent on such spyware. Does the government have the right to misuse taxpayer’s money?

These and several other questions must hold the government responsible and accountable to "We the people of India."

In a telling article in the National Herald of July 26, columnist Sujata Anandan wrote: “The Pegasus exposés, which reveal that the Modi government spied on and did not even trust journalists seen as close to them and in the position of their advisers, show us the nation is heading towards a terrible epidemic … the BJP’s lust for power is completely destroying our nation, every which way.”

Pegasus today is no longer that winged horse moving heavenwards but a rotten weapon hurtling the nation to doom. We need to wake up before it is too late.

Father Cedric Prakash SJ is an internationally acclaimed human rights, reconciliation and peace activist/writer.The views expressed in this article are those of the author and do not necessarily reflect the official editorial position of UCA News.