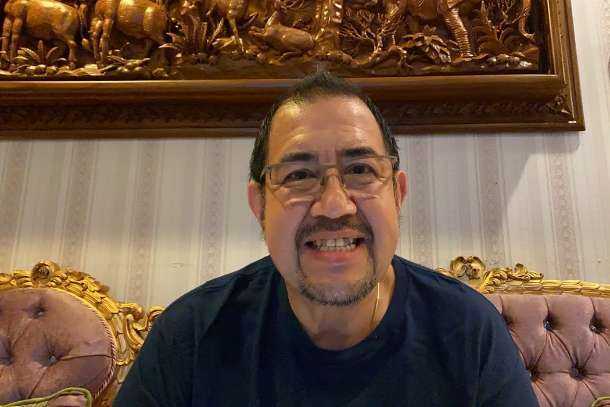 A prominent Protestant pastor in Indonesia has sparked anger among Catholics after launching a scathing attack on Pope Francis and his comments backing civil unions for homosexuals.

Gilbert Lumoindong said the pope’s comments bordered on heresy and went against the teachings of the Bible.

In a video uploaded to his YouTube channel, Lumoindong, leader of the Indonesian Bethel Church Glow Fellowship Centre, called the pope’s views misleading and said he was in need of prayer.

"Maybe [he] is trying to be liked by everyone. I think his statement could lead to heresy,” he said.

He also said it was the pope’s weakness as a human being, which could potentially lead him to "take the next dangerous step.”

The video, viewed more than 110,000 times, sparked a backlash from Catholics.

Father Alfons Kolo, a priest in Denpasar Diocese, accused Lumoindong of being heretical.

The pastor's claim was false because "the Catholic Church would never accept or allow same-sex marriage." He also said that what the pope meant in his statement was non-discriminatory treatment of homosexuals.

Father Kolo told UCA News on Nov. 4 that he was troubled when he watched Pastor Lumoindong's video, especially when a parishioner sent it to him and expressed anxiety.

"I feel the need to explain [the pope’s comments] so as not to cause wild interpretations," said Father Kolo, parish priest of St. Silvester Pecatu Church in Denpasar, Bali.

"Moreover, in the pastor's video, I found comments from people claiming to be Catholic and saying they will change their religion if the pope takes such a position disturbing,” he added.

He said Pastor Lumoindong was being judgmental without having examined all the evidence.

Emanuel Dapa Loka, a Catholic journalist, said the pastor should have studied the pope’s actual statement and not relied on misleading media stories that have been misunderstood.

“You have to understand that the teachings of the Catholic Church are centuries old and cannot be easily changed with a comment in a film,” said Loka, referring to the new documentary Francesco on the life and teaching of Pope Francis.

"If you make a statement on a sensitive issue, you have to supply valid data with an attributable source," he said.

He called on Catholics to respond to this polemic wisely. “There's no need to attack [Lumoindong] with offensive language. The important thing is that we know that his understanding [of the pope’s comments] was wrong,” he said.