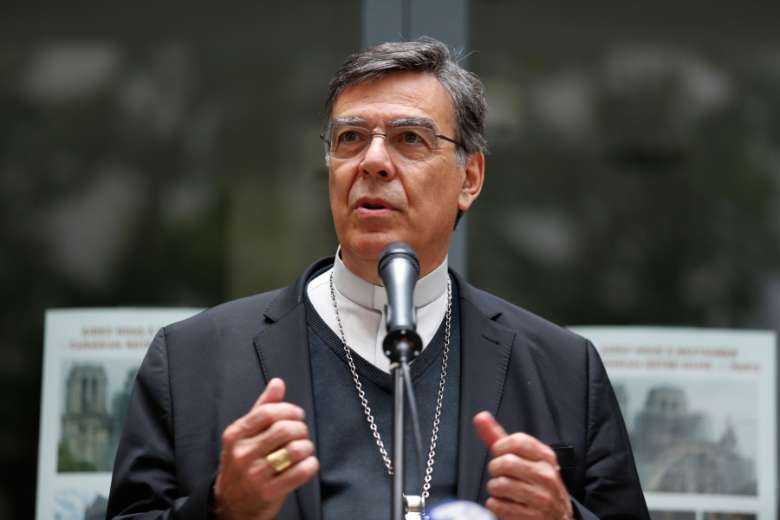 Archbishop of Paris Michel Aupetit speaks to the press in the courtyard of his diocese after leading the first mass two months to the day after a devastating fire engulfed the Notre-Dame de Paris cathedral on June 15, 2019, in Paris, France. (Photo: AFP)

The Archbishop of Paris, Michel Aupetit, has offered his resignation to Pope Francis due to his "ambiguous behavior" with a woman, his diocese announced on Friday.

Aupetit wrote to the pope this week offering to step down following an investigation by Le Point magazine earlier this month, a diocese spokeswoman said.

"He had ambiguous behavior with a person he was very close to," the spokeswoman said, adding that it was "not a loving relationship", nor sexual.

The offer to resign was "not a confession of guilt, but a humble gesture, an offer of dialogue," she added.

Catholic priests are bound to celibacy under church doctrine and are meant to practice sexual abstinence.

The French church is still recovering from the publication in October of a devastating report by an independent commission which estimated that Catholic clergy had abused 216,000 children since 1950.

Dealing with the avalanche of revelations about sexual abuse by priests was one of the biggest challenges that Francis faced when he was elected pope in 2013.