For Papuans, Bakar Batu, a stone-burning ritual to cook meals, is one of their most important traditions to foster unity within the family and among people in general.

During Christmas, it has a special meaning as it not only celebrates brotherhood but also the joy of God coming to visit his people through the birth of Jesus.

According to Saul Wanimbo, 52, of the Kamoro indigenous group, one of 466 tribal groups in Indonesia's Papua region, the stone burning — or Barapen as it is called in his people’s dialect — is a tradition that has been handed down since ancient times

As well as Christmas, Papuan people usually welcome births or new members in their family or tribe by holding the Barapen ritual.

“[At Christmas] the tradition is important for Papuan people to welcome Jesus Christ into their families or tribe as a family member,” said Wanimbo, who lives in the coastal city of Timika in Papua province.

Papuan Catholics, he said, hold Barapen on Dec. 25 after they attend Christmas Mass, and Protestants perform it on Dec. 24, but it holds the same meaning — a celebration of brotherhood and joy.

“It involves cooking special meals for a feast,” Wanimbo said.

Early in the morning, the heads of the tribe in traditional costumes go around their villages to invite people to participate in the ritual.

After Christmas Mass, the tribal leaders slaughter dozens of pigs donated by local families for the feast. 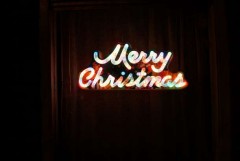 It takes about an hour to cook the food, which is then served and eaten in small groups.

“It expresses our thanks to God who gave us new life through the birth of Jesus,” Wanimbo said.

Maria Ndiwaen from the Marind indigenous group in Merauke said the Catholic Church supports the ritual because it feels it is local wisdom that promotes good values that should be maintained.

“This tradition is all about building brotherhood and peace. Those who were previously in conflict are reunited through this,” Ndiwaen told UCA News.

Wanimbo said Barapen meals are for all people, no matter their social circumstances.

“People who might otherwise receive less attention, such as widows, the elderly, orphans, the poor or those with disabilities, must also have a joyful Christmas,” he said.

Father Alberto Bunay from the Moni group in Paniai said Barapen holds special values like those of Jesus who cares for the marginalized.

“It holds social, religious, economic and political values which must be preserved by Papuans, including me as a priest,” Father Bunay told UCA News.

He said it offers cooperation and reconciliation during Christmas “because all people are involved in the tradition.”

Father Bunay, who is also a lecturer at the Fajar Timur Philosophy and Theology High School in Jayapura, said for Christmas this year Indonesia’s military chief Hadi Tjahjanto has donated pigs that will be distributed to various tribes.

“On Dec. 1, he gave 59 pigs to Christians for the Barapen ritual,” the priest said, adding that it is symbolic as on Dec. 1 the Free Papua Movement (OPM) marked its 59th anniversary.

“Tjahjanto wants us to use Christmas to foster peace,” he said.

Father Bunay said the Catholic Church has adopted the tradition and wants to see it continue.

“There are various traditions I hope the Church will promote in Indonesia because they help counter the onslaught of a new trend [globalization],” he said.

“Observing the tradition on Christmas Day shows the presence of God’s love,” he told UCA News.