Environment defenders in Indonesia’s Papua region say they will remain steadfast in their mission to defend and protect customary land from destruction despite suffering intimidation, terror and violence at the hands of palm oil companies and security forces.

In a report released on Jan. 11, it reported various threats and attacks against environmental activists and leaders of indigenous people trying to protect people’s rights.

The cases are dominated by agrarian and environmental conflicts triggered by the presence of plantation companies ignoring the rights of Papuan indigenous people.

“They were intimidated, attacked and even accused of using black magic and being separatists,” Tigor Gempita Hutapea, a foundation researcher, told UCA News.

“As guardians who are always on the front line, environmentalists are often targeted,” he said.

He pointed to action taken against Petrus Kinggo, an indigenous leader in Boven Digoel district in Papua, as well as Yakob Sowe and Ones Wetaku in Sorong Selatan district in West Papua.

Hutapea said Kinggo has been campaigning for a palm oil firm to return land grabbed from his people since 2018.

Kinggo is up against Sawa Erma, a subsidiary of the Korindo Group, a joint Indonesian and Korean palm oil plantation, which he accuses of grabbing people’s land and damaging the environment in southern Papua. 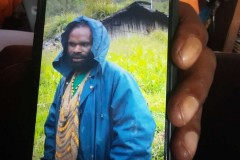 When he began opposing the palm oil company, he says, he was subjected to threats from the company which were backed up by security forces, Hutapea said.

“In 2019, police, soldiers and the company told Kinggo to surrender forest land for a plantation. They said he would face legal action if he refused,” he added.

However, when he did refuse, a group of young men attacked his house in August 2020.

Hutapea said the case was reported to local police, who decided to act as an arbitrator in the dispute. “Kinggo rejected this reconciliation effort and police threatened to jail him,” Hutapea said.

Violence was also used against Yakob Sowe and Ones Wetaku, who opposed the same company in West Papua. They were attacked by thugs who demanded they withdraw their opposition.

“The pair and members of several families suffered injuries in the attack in 2020. They also went to the police, who did nothing,” Hutapea said.

He said his group is working with churches in Papua, including Merauke Archdiocese's Justice, Peace and Integrity of Creation Commission, to try and protect people wanting to defend their rights.

Sacred Heart Father Ansel Amo, who heads the commission, accused the government of failing in its duty to protect such people.

“Environmental and human rights defenders often face violence. The government should be protecting them because they are agents of change and the protectors of nature.”

Alas, the government is blinded by investment dollars from palm oil firms, he said.

Latifah Siregar, director of the Alliance of Democracy for Papua, said the foundation’s report is an interesting reference on environmental issues in Papua.

She said conflicts over natural resources and customary land have ballooned since 1996. Many environmental human rights defenders have become victims

“The government considers environment and human rights defenders a threat,” she told UCA News, adding that it sees them standing in its way of firmly controlling a region rich in natural resources.

Usman Hamid, executive director of Amnesty International Indonesia, hoped the report would raise public awareness about the dangers indigenous people and activists have to face in Papua.

“It’s crying out for the government to protect and respect these people,” he said.