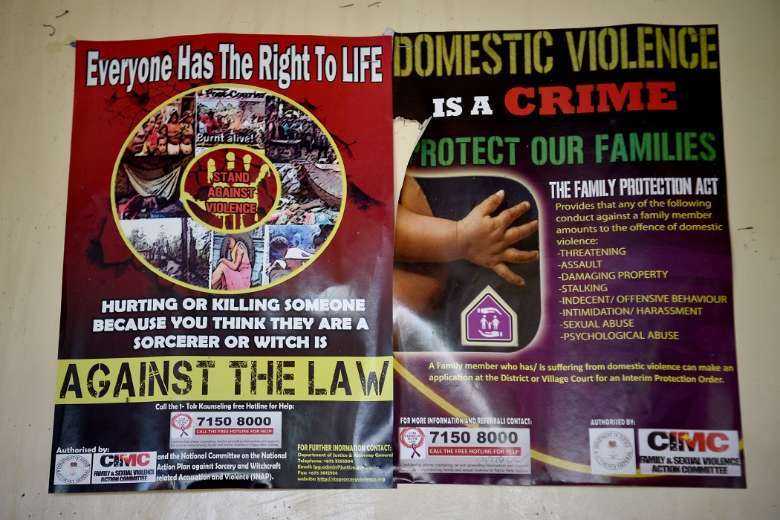 Papua New Guinea has made the bold move to abolish the death penalty for a second time, saying it is ineffective in deterring crimes.

Since its reintroduction in 1991, many have been sentenced to death in the poverty-stricken nation. But none have been executed.

The only execution to take place there was in 1954 before it was abolished the first time in 1970 while under Australian administration.

In 2020 alone, there were at least 483 executions globally, down from 657 the previous year, according to Amnesty International.

Papua New Guinea’s decision to abolish capital punishment was not only a victory for human rights but also removed a dilemma for the government. On the one hand, it aimed to uphold justice, but on the other, it was reluctant to put anyone to death.

It was even unsure as to how to go about it, having previously proposed execution methods by hanging, firing squad or lethal injection.

On reflection, the authorities came to realize that the death penalty is cruel, inhumane and violates people’s right to life as prescribed in the Universal Declaration on Human Rights.

The government and parliament both said the death penalty is against Christian values and there was no point in retaining it.

It prompted parliament to revoke the death penalty in January and propose a life sentence without the possibility of parole instead.

Some might argue that the government under Prime Minister James Marape is using religion for political gains. But he says he genuinely wants to the country to embrace Christian values.

Since it is incompatible with the commandment “Thou shall not kill,” capital punishment should be abolished, Marape said.

He even suggested recently that Christianity be made the state religion of the state. But it was opposed by civil society groups, including the Catholic Bishops' Conference of Papua New Guinea and the Solomon Islands.

Despite more than 95 percent of the country’s 9.2 million population being Christian — around 2 million of whom are Catholics — the bishops opposed it because it would mean the constitution would have to be amended. They said a democratic system should not be renounced in favor of a theocratic ideology.

But the abolition of capital punishment was not an easy decision. Many among the population believe the death penalty is still the answer to stopping serious crimes such as rape, murder and corruption. To them, abolishing it will mean these crimes will only become more prevalent.

This was why the death penalty was reintroduced in 1991, only 16 years after Papua New Guinea achieved its sovereignty in 1975 following 60 years of Australian administration.

It was part of the government's effort to deal with rampant crimes such as rape, murder and even sorcery-related killings, which continue to this day.

The United Nations estimates that there are around 200 killings of “witches” in the country annually,

In these cases, the victims are mostly women — sometimes children — who are falsely accused of witchcraft and beaten and killed by mobs. Such accusations often emerge when someone is seriously ill or dies. Many fear abolishing the death penalty will increase sorcery-related killings.

The government, however, believes such crimes are a result of frustrations brought about by poverty and poor health care and education.

According to the World Bank, around 40 percent of the population lives below the poverty line. Many people, particularly in rural areas, have no access to electricity.

The government points to the fact that the country is rich in gas, oil, gold and copper deposits which, if managed effectively, can eradicate poverty, address the underlying causes of crime and help bring Papua New Guinea to the same ethical level as countries that do not have capital punishment.

According to the United Nations Commission for Human Rights, 170 out of 193 UN member states have either abolished the death penalty or do not carry out executions.

By abolishing capital punishment, the government wants to tell its people that a great nation settles its perennial problems by the enforcement of a fair legal process that does not involve sentencing people to death.

Papua New Guinea should be lauded and its move seen as a great victory for human rights. One can only hope that other countries that still retain the death penalty can soon learn to look upon it in a similar light.