Even as the COVID-19 pandemic continued, members of the Pontifical Commission for the Protection of Minors remained active in promoting outreach and providing new educational opportunities.

As they met online and in Rome for their plenary assembly April 19-22, the members also welcomed a new member, Juan Carlos Cruz, a survivors' advocate, who was participating in his first meeting since Pope Francis appointed him March 24.

Cruz said "he hoped his presence and contribution will bring renewed impulse to the churches' commitment to hearing, welcoming, assisting and accompanying the children, men and women who have been abused and in creating a space for them in the life of the church," according to a press release by the commission April 22.

The plenary meetings, held twice a year, give the 17 members a chance to listen to each working group's progress report and to lay the groundwork for future action.

The statement said the commission sought to strengthen its presence and visibility online during the pandemic and "to engage with safeguarding partners committed to promoting child dignity online and contrasting the growing scourge of child online exploitation."

It revamped its website www.tutelaminorum.org and digital platform @TutelaMinorum to be able to understand better what visitors are looking for, it said. For example, the highest user traffic so far has been in the outreach and safeguarding resource section, especially with "spiritual and pastoral assistance to victims and survivors of abuse," it said.

Plans for the rest of the year included:

-- A seminar in June that draws on the experiences of victims and survivors will focus on people who have been abused, their families and communities, exploring the implications of listening to survivors in different cultures.

-- A conference in Warsaw, Poland, in September for church leadership in central and eastern Europe, titled "Our Common Mission of Safeguarding God's Children." It will be organized by the commission in partnership with the Polish bishops' conference. 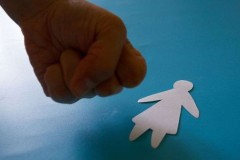