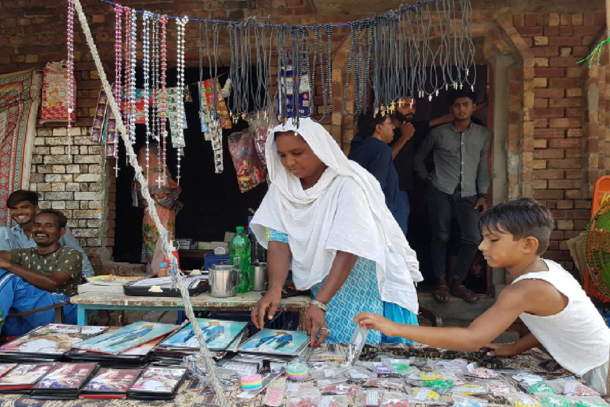 Despite a decline in coronavirus cases, Punjab’s government has called for Lahore Archdiocese to cancel all annual pilgrimage plans.

“We used to celebrate the birthday of Holy Mary in the first week of September with pomp and show. It is with deep grief we announce that this year the three-day national pilgrimage won’t happen due to corona. Therefore caravans from all provinces are instructed not to come. They might get no security on roads,” Archbishop Sebastian Shaw said in a video message posted on Aug. 29 on the Facebook page of Catholic TV Pakistan.

“We have been warned by the government against organizing big gatherings there and to avoid arranging night stays for the people. Therefore we won’t be able to make these arrangements. Stay home and avoid gatherings. We are trying to save lives and faith. Good times will come.”

Every year Mariamabad village in Punjab province becomes a destination for devotees from all over the country.

More than a million devotees and young people from all over Pakistan travel to the shrine on foot, by bicycle or in vehicles to queue for hours and pray at the Marian shrine for special favors. Many light candles or incense sticks. Some cover the statue of the Blessed Mother with embroidered dupattas (long scarfs) and silver crowns.

In keeping with tradition, thousands of Muslims also express their personal devotion to Mary, whom the Quran honors as the mother of Jesus, considered a prophet. The non-stop processions head towards a grotto that is a replica of the one in Lourdes, France. Other events include healing prayers, gospel singing, sharing of testimonies and rosary recitations.

Young people dance to the beat of large drums, Qawwals (a devotional style of music rooted in Sufism) feature in night performances, while business continues round the clock in the shops.

Archbishop Shaw announced an hour-long pilgrimage for locals of Mariamabad will take place on Sept. 4. Three Masses will be conducted the following day as the shrine will remain open for personal prayers. The services will be aired live on the Facebook page of Catholic TV.

“We have to empty the shrine until Sept. 6 afternoon and report to government that we followed the standard operating procedures [SOPs]. There will be no shops this year. This is for your own safety,” said the archbishop, urging all to pray for a coronavirus vaccine and to participate in online prayer services. An adventurous expression of faith 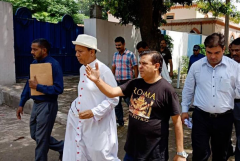 While Islamic clerics reportedly rejected the government’s request to shut mosques, non-Muslim minorities including Catholics were the first to suspend Masses and close churches when a nationwide lockdown was announced in March.

Archbishop Shaw has reopened churches in the eastern archdiocese as active cases in Pakistan continue to steadily decline. Authorities have reported only four new fatalities in the past two weeks, the fewest deaths since March.

The country has seen 295,636 confirmed cases of the novel coronavirus, with 6,288 related deaths, according to official data.

According to a recent study by Pakistan Partnership Initiative, a Christian organization based in Islamabad, the income of churches in rural areas declined by 90 percent and 70 percent in urban areas during the lockdown. The research attributed these losses to the decline in demand for services extended by churches.

“The schools operated by the Church are also closed, which contributed adversely to income. It is difficult for most churches to even pay their utility bills and other expenditure,” it stated.

The pilgrimage committee in the Catholic village of Mariamabad used to allocate an area in front of the Church of St. Mary and St. Joseph for a weekend market and generate revenue by renting stalls selling Christian gifts, souvenirs, gospel CDs, toys, clothing, food, beverages and even tattoo services. The committee also offered electricity for 200 rupees (US$1.28) per day. All bookings have been canceled this year.

Last year Archbishop Christophe Zakhia El-Kassis, apostolic nuncio to Pakistan, blessed a new altar at the shrine at the pilgrimage's inaugural prayer. Another altar was blessed in the Church of St. Mary and St. Joseph this Christmas.

“Muharram, Eid and the rest of the services are possible. Only our celebrations are banned,” said Naveed Anjum, a field worker of Rescue-1122 emergency services, in a Facebook post.

However, most users supported the ban and thanked Archbishop Shaw.

“During this entire corona season, only Catholic churches followed strict SOPs whereas some other missions just for fund collection kept on with their so-called churches and exposed the community to the threat. God bless our Catholic mission and missionaries,” posted Abraham Alexander.