A homeless man sleeps on the street as some businesses remain open despite the Stay-At-Home regulations underway in Los Angeles, California on December 8, 2020. (Photo: FREDERIC J. BROWN / AFP)

A weekly encounter with the homeless at the Jesuit-run Boston College High School hasn't slowed during the COVID-19 pandemic. But their St. Louis Project continues to evolve as a result.

"They're constantly surprised at how generous and how beautiful these people on the streets are," said John Mark, the school's director of Ignatian identity and formation, who has supervised the program at the all-male school since 2012.

The interactions, typically on streets around Boston Common downtown, are meant to be simple. Students, usually in groups of four, drop by with small packages of snacks, water, cards listing shelter options, disposable toothbrushes and conversation. They also sometimes have knit caps and socks.

Precautions such as hand sanitizer, social distancing and masks haven't been the biggest change, however. What's been different, as least as the students have seen in the fall term, is that the homeless they've come to know in previous years are no longer there.

Without pedestrian traffic and tourists to supply handouts, and with businesses and the Boston Public Library branches closed, there have been few places for the homeless to station themselves.

"It's actually less of a challenge than what I thought it would be," Mark told Catholic News Service. "When we're walking around downtown Boston, we can be the only people on the street. In a normal year, we got to know maybe 80 to 85% of the homeless population along Boston Common."

"In previous years, everyone was in the same spot, or just 50 to 100 feet from it," said Patrick Connell, a senior. "So it's just strange to see."

The last complete count of homeless people in the city taken in 2019, was just over 6,200 -- less than 1% of the population. Another count taken earlier this year indicated the number of homeless appeared to have increased in parts of Boston, but whether from pandemic-related evictions or substance-abuse issues wasn't clear.

Massachusetts is the only state with a right-to-shelter law, which means that under certain conditions, the state provides housing to people experiencing homelessness. 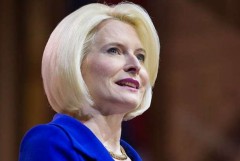 But nightly sheltering has its own set of problems. With distancing requirements, shelters fill up quickly, and with a wide distribution of vaccines months away, many are reluctant to go to shelters, and prefer to risk sleeping in the cold.

"So it's really upsetting, but at the same time they know what path they want to take," said Connell.

The teams are trained in how to approach and begin conversations. One consistent finding: Older men are prone to dispensing advice. "They're always overcome by that," Mark said.

The students also end up noticing how, even when visible, homeless individuals are ignored by passersby. Andrew Johnson, a junior, remembered one paraplegic man. His team took additional effort to help feed him and engage in conversation, even though "it was difficult to understand what he was saying."

Mark says the program goal consists of "recognizing the humanity of all men and women, especially on the street. And we're not going to stop, because they need us more than ever. Call somebody by name. Give a friendly wave. They take that very seriously."

Also the slightest form of human contact, aided by hand sanitizer, Connell said. Often, people simply like to shake hands. "We don't want to disgrace their dignity. So if they go in for one, we'll reciprocate."

Mark calls that becoming "more nobly human, as some theologians would say. It's about us discovering our own humanity in that shared moment. That's something the kids just instinctively get."