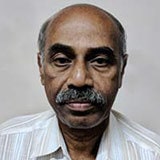 A Christian woman offers prayers inside her car during 'Prayers on Wheels,' a Sunday holy communion held outside AG Bethel Church in Bangalore, as a preventive measure against Covid-19 on June 14. (Photo: Manjunath Kiran/AFP)

When US President Donald Trump issued an executive order last month asking all state governors to open all "places of faith," Catholic bishops took a gratifying stand. They announced they would not open churches in the grim pandemic situation "out of our deepest respect for human life and health."

Such a pronounced stand in favor of human life has not come across from Asia's Catholic hierarchy where, from media reports, it appears that bishops and priests were waiting to open churches.

The government in India allowed religious places to reopen from June 8 after suspending public religious activities for some 75 days as part of the Covid-19 lockdown. However, church officials have asked bishops to resume public worship with caution and strictly follow Covid-19 protocols.

Some Catholics, as evident from social media, were plaintively requesting governments to open churches. They even questioned why the government could not open churches when liquor shops were already selling alcohol. The comparison of liquor shops with the Church seems to be a bit confusing and disturbing.

It appears that such pressures prompted both church officials and the government to open worship places and start Sunday worship from June 14, albeit admitting limited numbers to services.

This is where the traditional spirituality of Indian Catholics comes into conflict with 21st-century Catholic spirituality that places the sanctity of human life above conventional church practices.

The Church in Asia needs to note the Pro-Life Declaration and campaign in the context of the coronavirus pandemic and George Floyd's murder. Catholic news site EWTN defines it as "a notable way to defend the sanctity of human life, and is central to the teachings of the Church."

This poses a serious question: Is attending liturgy in church more important than life? It is not a matter of liturgy versus life, but it seeks your priority as a Christian. Are you going to jeopardize the lives of many people for the sake of attending liturgy in a church?

The Catholic Bishops' Conference of India (CBCI), in its June 7 communique, merely mentions the guidelines to conduct public worship, such as social distancing, keeping the holy water stoup dry, and so on. It refers to the protocol set by certain US dioceses regarding the duration of Mass but does not even mention the value of human life.

Over and above, the letter urges, "the number of Masses [should] be increased, perhaps doubled." Granted, that was to reduce the crowd to ensure social distancing, but the question remains: what is most important for the Indian Church — Mass or human life? There is no doubt Jesus gave more value to human life than anything else — you are more valuable than the lilies of the field and the birds in the air. It is here we need to listen to the intimations of a new spirituality in these pandemic days.

The pandemic forces the world to discover a new spirituality that weighs in favor of human life rather than a liturgy-centered spirituality. A Church centered on human life emerges only from the agony and angst of a pandemic or a war.

Churches in Asia must listen to what the Peruvian theologian and Dominican Father Gustavo Gutierrez asserted: "If we do not respond to the demands of the present, we are simply refusing to hear the call of Jesus Christ."

The Church needs to realize that a church building is not the only place where spirituality will sprout. It can and should happen in Catholic families too. The interpersonal closeness of a family prayer would foster better spirituality than service in a church where people gather without being anybody to anybody.

Was Jesus an advocate of institutionalized spirituality? Very doubtful. He told the Samaritan woman at the well that in future people would not worship on that mountain or in the temple but only in spirit and truth. And Covid-19 has given us that golden opportunity to worship in spirit and truth anywhere.

What does ritualism do to spirituality? It adds fear, said the late Jesuit Father Anthony de Mello, an internationally known spiritual guru. "Worship without awareness will destroy" humankind, he said, based on the depth of his knowledge of the Indian Church and its spirituality.

The Church needs to be aware that India is a land of rituals. Indians can go to any extent to perform pilgrimages and religious rituals, even risking their own lives.

It is a time to present Christian spirituality in its purity and veer the Church away from institutionalism and ritualism to human life-centered spirituality.