Pakistan's messenger of peace is a true national hero

Inspired by St. Francis of Assisi, Archbishop Coutts deserves his elevation to cardinal after his selfless work for the poor 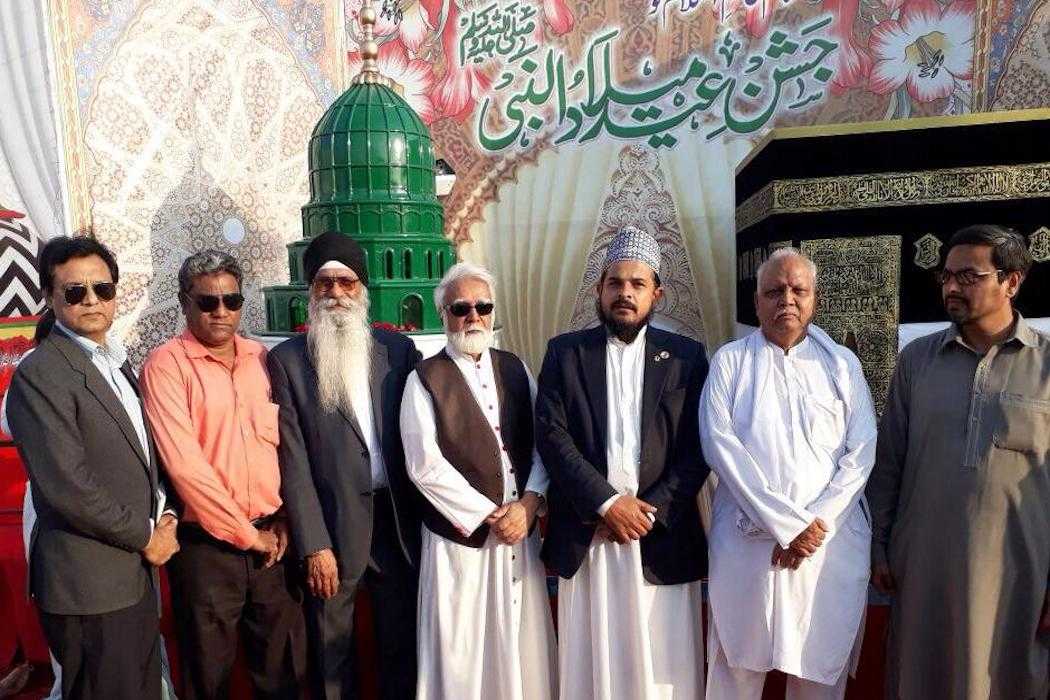 Archbishop Joseph Coutts (center) takes part in a rally to mark the birthday of the Prophet Muhammad in Karachi on Dec. 1, 2017. (Photo courtesy of Interfaith Commission)

God has His own ways, and this has been proved in the life of Archbishop Joseph Coutts, who is soon to become a cardinal.

From his childhood, he wanted to become a pilot, and in his school life he loved technical and engineering subjects; now he is a great prelate of the Catholic Church.

He decided to become a priest when he saw a movie about the life of St. Francis of Assisi. He thought there were other heroes as well — those who help others. That was the turning point in his life, the moment he decided to help others by becoming a priest.

Archbishop Coutts, a doctor of philosophy, can speak several languages including English, Italian, German, French, Urdu, Punjabi and Sindhi. Moreover, he is a son of the soil, a man of God and a faithful and honest servant of the people of God.

He will be elevated to the rank of a cardinal by Pope Francis on June 28. This position is a reward and honor for his services to the poor. I would say that by nominating Archbishop Coutts as cardinal, the pope has shown his deep concern and love for Pakistan.

The joy and excitement of 3.5 million Catholics and the whole nation of Pakistan to see him in a red hat cannot be imagined. He is only the second Pakistani to be honored with the title after Joseph Cordeiro, who was made a cardinal in 1973.

Archbishop Coutts has emerged as a hero, bringing honor and pride to Pakistan. His services for interfaith relations, human rights and minorities in Pakistan are commendable and will never be forgotten. He is a sign of encouragement, a messenger of peace and harmony, not only by his words but also through his actions.

He has a deep communion with Muslim, Hindu and Sikh scholars and with the common people. He has always opened avenues of dialogue and helped build bridges among different faiths in Pakistan.

The Shalom Prize, which is awarded to those who promote peace in the world by the Catholic University of Eichstatt-Ingolstadt in Germany, went to Archbishop Coutts in 2017 as a reward for his dedicated service to human rights and interfaith dialogue in Pakistan.

He struggles and stands with his suffering brothers and sisters in faith in Pakistan and always demands justice. He works according to his motto of "harmony" in everything he does.

Archbishop Coutts is a nature lover. He served as chairman of Caritas Pakistan and his efforts for earthquake relief in 2015 were highly appreciated. He believes that any harm to the environment is harm to humanity and he emphasizes that the environment is a key element that must be looked after.

He is very concerned about the education of Christians and always reminds us that children are the church of the future. We are responsible for their faith formation. Their future is in our hands and they must be educated in Catholicism and other fields of society. He dreams of having our own Catholic university in Karachi. He is a blessing for the church in Pakistan.

We thank Pope Francis for showing his concern for Pakistan's Christian community and for realizing the nation's needs. We pray that God may bless our new cardinal with more wisdom and love for his people.

Kashif Anthony Javeed is a diocesan coordinator for the Archdiocese of Karachi at the National Commission for Justice and Peace.