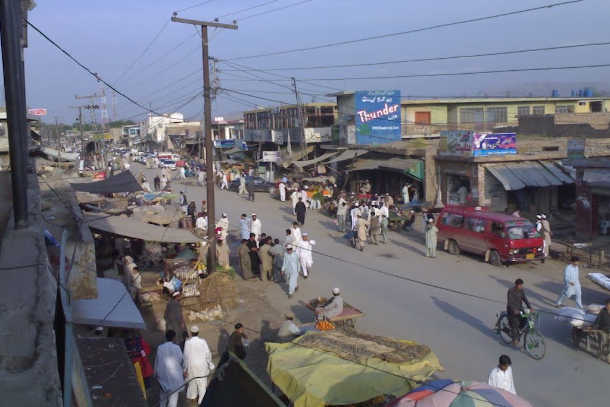 Traders in northern Pakistan have apologized for announcing a punishment for shopkeepers dealing with women shopping unaccompanied.

“A few days ago, Pasban-e-Doaba issued a ban on social media against women visiting the bazaar without men. We renounce this responsibility since it is the responsibility of the state,” said a local trade union in a notice issued on Aug. 17 to the deputy commissioner.

“The objective of the ban was to stop immoral activities behind the curtains of the shops and end vulgar and obscene practices from the society. We expect help from Hangu [district] authorities in this regard. We apologize for any word or statement against any institution or law.”

The notice was released in Doaba in Khyber Pakhtunkhwa province after deputy commissioner Mansoor Arshad warned trade union Pasban-e-Doaba of strict action after the group prohibited women from shopping without men and announced a punishment for shopkeepers permitting such customers.

“If a woman is left in a shop without a family member, the shopkeeper will be fined 50,000 rupees [US$298] and his shop will be sealed for one week. He will be expelled from the shop on repeated violations,” stated the traders in a notice.

In 2015, women were barred from voting in by-elections in Lower Dir district, a stronghold of the hardline Islamist Jamaat-e-Islami Party. In 2013, Muslim clerics issued a ruling against women shopping unaccompanied in Karak district during Ramadan, the Muslim month of fasting.