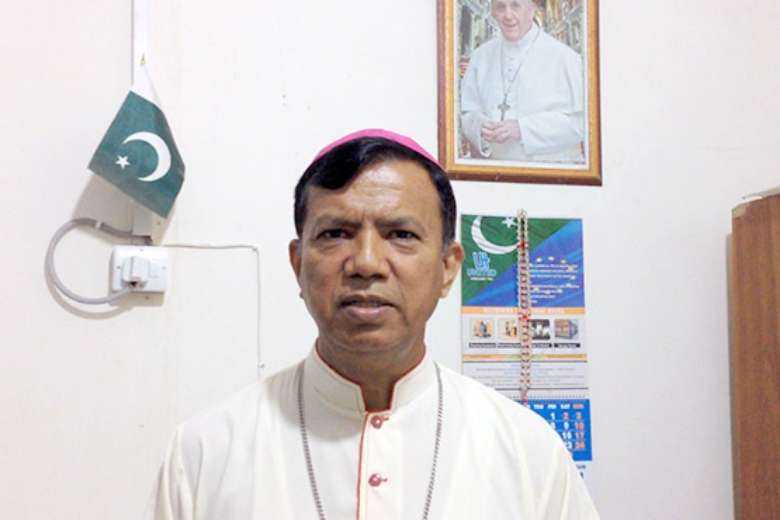 Archbishop Sebastian Shaw of Lahore has resigned from the National Commission for Minorities. (Photo supplied)

Pakistan has accepted the resignation of a Catholic bishop more than a year after he quit the membership of a commission meant to safeguard the interests of religious minorities.

The National Commission for Minorities (NCM) announced on Nov. 15 that it has accepted the resignation of Archbishop Sebastian Shaw of Lahore amid allegations about the commission’s inability to address the concerns of religious minorities such as Christians and Hindus.

NCM chairman Chela Ram Kewlani in a tweet said that “proposals for the election of a new member have been demanded after a Christian member resigned due to his personal engagements.”

Archbishop Shaw had tendered his resignation in July 2020. “I was not clear about the authority of this recommendation body,” he recently told UCA News.

The prelate resigned amid commission members complaining that the government body formed 20 years ago was still without a budget and powers to act.

Although it had existed for two decades, "none of our communities knew about its existence. It only existed on paper,” Jaipal Chhabria, a Hindu member, told UCA News in September after members met to discuss ways to empower the commission.

Some comments also targeted me. Hopefully the commission will perform better, bylaws will be formed and parliament will pass them

The commission wanted to investigate the pressing issues of forced conversion of religious minorities to Islam and denigrating non-Muslims and their religions in the school syllabus, but the commission has no budget, the officials said.

However, Archbishop Shaw said he resigned because of other reasons. “I couldn’t do justice to the commission due to my busy schedule,” he told UCA News on Nov. 16.

The archbishop said several rights activists have termed the commission “toothless and powerless.”

“Some comments also targeted me,” he said in a veiled reference to some rights activists' criticism against his inclusion in the commission.

“Hopefully the commission will perform better, bylaws will be formed and parliament will pass them.”

Chhabria, one of the three Hindu members, told UCA News that the names of three Christian leaders have been proposed to replace Archbishop Shaw.

“He didn’t do any work or attend the meetings. He should have resigned earlier. The time wasted could have been utilized by someone else,” Chhabria said.

Although the commission existed since 2003, it was inactive. In 2014 Supreme Court asked the federal government to set up a national mechanism to monitor human rights violations and to ensure constitutional safeguards to protect the rights of minorities.

However, civil society has been critical of the commission saying the government established it without any statutory powers.

In 2019, human rights and religious organizations across the country launched the Peoples' Commission for Minorities' Rights (PCMR) to press for the protection of religious minorities in Pakistan.

For the past 18 years, the performance of the NCM has been nil on issues concerning minorities

“For the past 18 years, the performance of the NCM has been nil on issues concerning minorities. Our sympathies are with people who are trying to revive it but they must acknowledge the fact that it will remain a toothless body without proper legislation,” he said.

In its 2014 judgment, the Supreme Court ordered the constitution of a National Council for Minorities’ Rights.

“The function of the said council should inter alia be to monitor the practical realization of the rights and safeguards provided to the minorities under the constitution and law. The council should also be mandated to frame policy recommendations for safeguarding and protecting minorities’ rights by the provincial and federal government(s),” said the verdict of Chief Justice of Pakistan Tassaduq Hussain Jillani.