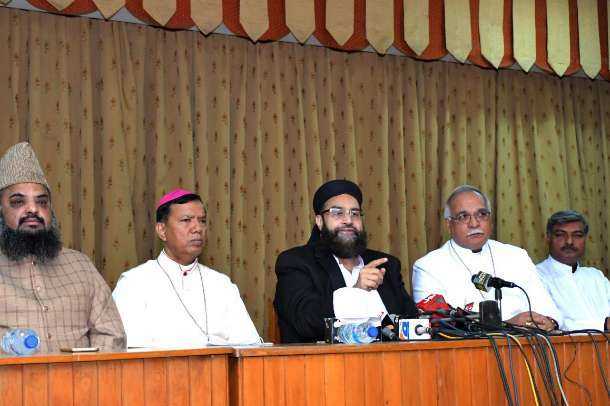 “The PM has ordered an investigation on a case-by-case basis of incidents of forced conversions of minor girls belonging to minority communities, particularly Christian and Hindu, to find reasons for this issue. Law and rights are equal for all. Christians, Hindus, Sikhs and daughters of minorities are our daughters as well,” said Tahir Mehmood Ashrafi, the PM's special representative on religious harmony.

“Forced marriages, forced conversion of religion and abduction of underage girls of other religions in the name of marriages will not be tolerated. The human rights ministry, in consultation with other stakeholders, is working out a mechanism to eliminate the fear of forced marriage among non-Muslims.”

Ashrafi was speaking at a joint press conference with Catholic and Protestant bishops on Nov. 30 at St. Peter’s School of Lahore.

“We urge Islamic scholars and government officials to sit with us and develop a mechanism for judging instances of religious conversion of children. Many cases go unreported due to societal pressure and fear of reprisal from the accused. Law enforcement agencies and other forums of justice are facilitating such crimes, due to which this trend is increasing,” he said.

Bishop Marshall also tweeted: “The government should bring the legislation on forced conversion to parliament without capitulating to any party that objects to its contents or underlying spirit.”

According to the Centre for Social Justice, 162 questionable conversions were reported in the media between 2013 and November 2020. The highest number of cases (49) were reported in 2019. Around 52 percent of forced conversions occurred in Punjab province and 44 percent in Sindh.

Nasir Saeed, director of the Centre for Legal Aid Assistance and Settlement (CLAAS) UK, blamed “police and judicial bias” for the rise in these cases.

“Institutions that are supposed to respect and follow the laws made a mockery of them. Ignorance and inaction from the government is encouraging the perpetrators to continue committing such heinous crimes which are not acceptable at any cost in a civilised world,” he stated in a press release on Nov. 30.

“Pakistan has ratified the Convention on the Rights of the Child and therefore it is the government’s responsibility to bring its law in line with the treaties and punish those who are committing such crimes. Taking away Christian and Hindu girls from their parents in the name of Islam is not acceptable. Minorities are feeling insecure and are concerned about their future in Pakistan.”