The incident was filmed and circulated on social media, triggering a backlash from minorities and activists 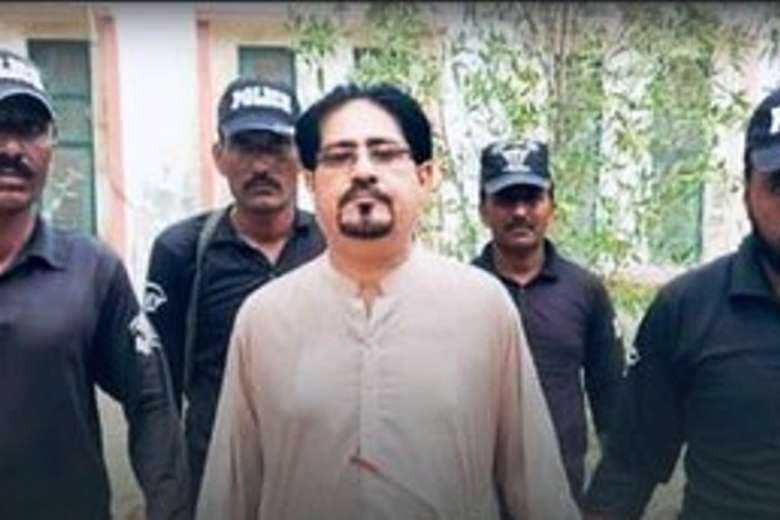 Abdul Salam Dawood was arrested on July 27 after online outrage over a video. (Photo supplied)

A Pakistani man has been arrested for slapping and forcing a Hindu boy to mock and hurl abuse at his religious deities.

A video of the incident in Sindh province went viral on social media showing the arrested Muslim man, identified as Abdul Salam Dawood, grabbing the young boy by his neck, slapping and forcing him to chant “Allahu Akbar,” meaning "God is the greatest."

Mukesh Bheel, the Hindu boy from Sindh’s Thar district, can be seen visibly shaken and begging the man to forgive and let him go as he is being abused.

The incident was filmed and uploaded on YouTube before being widely shared on social media, triggering a backlash from activists and minorities.

The online outrage prompted Tharparkar police to arrest Dawood from Badian on charges of blasphemy on July 27.

Our society should remain alert. Such isolated ugly incidents are used to give a bad name to the country

“I am glad the harasser of the Hindu boy has been arrested. Firstly, such incidents should not happen and if they do a fast response by government functionaries is important,” he said in a message on Twitter.

“Our society should remain alert. Such isolated ugly incidents are used to give a bad name to the country. I condemn it and I assure all citizens that we in Riasat-e-Madina [first Muslim state] cannot and will not allow this to happen.”

The All Pakistan Hindu Panchayat praised the immediate response of Sindh police in nabbing the culprit. It requested authorities to punish him at the same spot where he committed the crime so that no one may dare to do it again.

The Hindu Panchayat shared a video showing the culprit apologizing to the minority community for hurting their religious sentiments.

A case has been lodged against Dawood for his deliberate and malicious act to outrage religious feelings, insulting religion or religious beliefs and use of derogatory remarks in respect of holy personages.